IPL 2020 Final, MI Vs DC: Delhi Capitals defeated SunRisers Hyderabad (SRH) in Qualifier 2, to book a berth in their maiden final of this tournament, where they will face Mumbai Indians (MI). 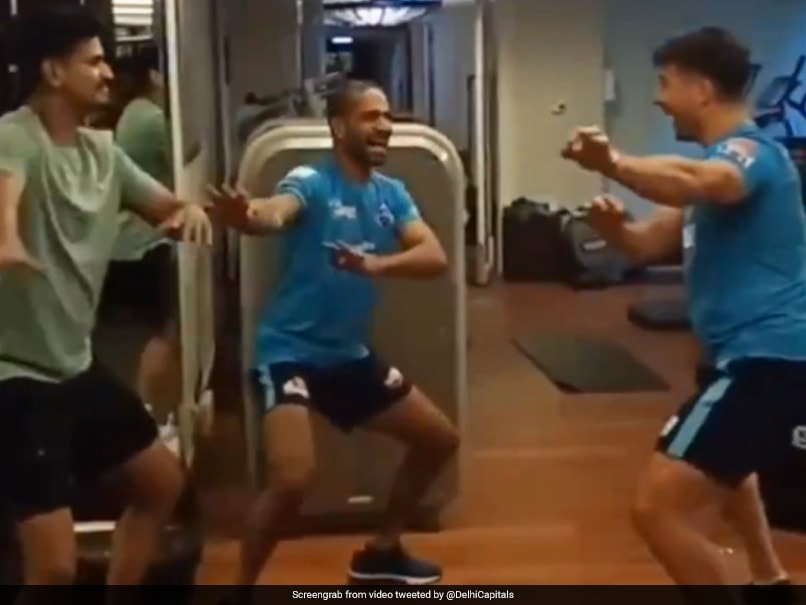 With a title showdown clash against defending Mumbai Indians (MI) on Tuesday, Delhi Capitals (DC) seem to be in a positive mood ahead of the crucial Indian Premier League (IPL) 2020 encounter. The franchise posted a video on Twitter, which showed captain Shreyas Iyer grooving to a song in the gym along with Shikhar Dhawan and Marcus Stoinis. This is also DC's maiden IPL final. Delhi captioned the video as, "When you realize you'll be playing Delhi's maiden @IPL final tomorrow".

In the video, the trio do some typical dance moves, and seem to be in an entertaining mood. It has also gone down well with fans, who hope that Delhi can defeat the four-time champions.

One fan said, "So good to see the team happy. Let's double the happiness with a win tmr. Best wishes".

Best of luck for the final match guys

Delhi had to wait till Qualifier 2, to seal a berth in the finals. They defeated SunRisers Hyderabad by 17 runs. DC also finished the league phase in second position.

Meanwhile, Mumbai defeated DC in Qualifier 1, to reach the final. They also wrapped up the league phase in top spot. Having already won the title four times, which is also the highest, MI stand a chance to extend that record.

Other than Qualifier 1, both sides have faced each other twice this season. In Match 27, DC lost to MI by five wickets, with Quinton de Kock scoring a match-winning half-century.

Shikhar Dhawan IPL 2020 Cricket Mumbai Indians vs Delhi Capitals, Final
Get the latest updates on India vs South Africa and check out  Schedule, Results and Live Score. Like us on Facebook or follow us on Twitter for more sports updates. You can also download the NDTV Cricket app for Android or iOS.