IPL 2020, CSK vs MI, Chennai Super Kings vs Mumbai Indians: Players To Watch Out For

CSK vs MI: Mumbai Indians look like a well-oiled machine with numerous stars putting their hands up. On the other hand, CSK seem to be stuck in quicksand and can't find a way of getting out of it. 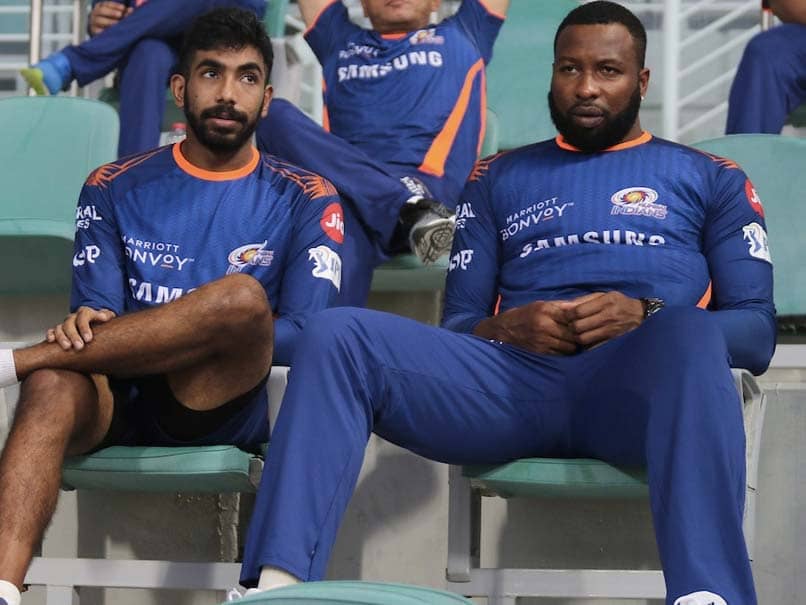 CSK vs MI: Kieron Pollard and Jasprit Bumrah have been two of the stars for MI in IPL 2020.© BCCI/IPL

It's been nightmare season for MS Dhoni and Chennai Super Kings (CSK), a situation many would not have even dreamed of when they beat defending champions Mumbai Indians (MI) in the IPL 2020 opener. While Mumbai Indians took that defeat in their stride and went about beating other teams to establish themselves in the top four of the IPL Points Table, CSK have been quite dismal since their opening day win. Dhoni himself is having a difficult time with the bat, while the spotlight is also on the elderly statesmen in the team, who have failed to live up to expectations. That's not the case with MI, though, as Rohit Sharma's team look like a well-oiled machine.

Faf du Plessis: Arguably, the only saving grace and noteworthy contributor for CSK has been Faf du Plessis. The South African veteran seems to be fighting a lone battle against opposition bowlers. If he gets dismissed early, CSK batsmen seem to shut down the shutters and go for a quick nap. That's sadly been CSK's story thus far. Du Plessis is currently fourth in the list of highest run-getters this season, with 375 runs from 10 games at an average of 46.87 and a strike-rate of 141.50.

Shane Watson: At the ripe old age of 39, no one expected the Australian to set the stage alight, and he's not digressed from those expectations. Shane Watson to his credit, though, has been a lot better than some of the other players in the team. Yes, he has been inconsistent, but at times, has been quite intimidating. The Aussie veteran has played all 10 matches so far for CSK, scoring 285 runs at an average of 31.66 and a strike-rate of 125. CSK will hope, or rather pray, there is another Watson special on the way.

Deepak Chahar: CSK have really lacked an out and out wicket-taker this season. In the past, Deepak Chahar has consistently provided the team early breakthroughs but has not lived up to his billing this season. However, the fast bowler has improved as the tournament has wore on. After what was an expensive start, Chahar is getting the ball to talk again, albeit, just in his first couple of overs. He has been quite good in his last two matches, giving away just 18 runs each and adding a total of four wickets.

Quinton de Kock: It seemed it wouldn't be De Kock's year after a torrid start to the tournament. With Mumbai Indians having a plethora of international talent, there was also a fear that the South African could be axed. But credit to Rohit Sharma and the team management for putting their faith in the wicketkeeper-batsman. And De Kock has repaid that faith by bashing the opposition bowlers to all parts of the UAE. The South African has hit three back-to-back half-centuries and looks good for some more.

Kieron Pollard: The West Indian all-rounder has been an integral part of the team for many years now. But seems to be hitting the ball better than ever, and that is evident from his game-changing knocks in IPL 2020 so far. Pollard has been devastating with the bat at the back end of the innings, and he has done that regularly this season. The big West Indian has scored 208 runs in nine games at a mind-boggling average of 208 and an incredible strike-rate of 200 to go with it.

Jasprit Bumrah: For a change it seemed, Jasprit Bumrah might not be the best fast bowler in the MI set up this season with Trent Boult firing on all cylinders in the initial stages of the tournament. Bumrah, though, was having none of it and went about proving his top-dog status by returning to his favoured weapon -- toe-crushing yorkers. The Indian pacer was just exceptional in the double Super Over loss to Kings XI Punjab and was unlucky to end up on the losing side. He has taken 15 wickets in nine games at a strike-rate of 14.40.

Jasprit Bumrah IPL 2020 Chennai Super Kings vs Mumbai Indians, Match 41 Cricket
Get the latest updates on India vs Australia Series, check out the India vs Australia Schedule for 2020-21 and Ind vs Aus live score . Like us on Facebook or follow us on Twitter for more sports updates. You can also download the NDTV Cricket app for Android or iOS.