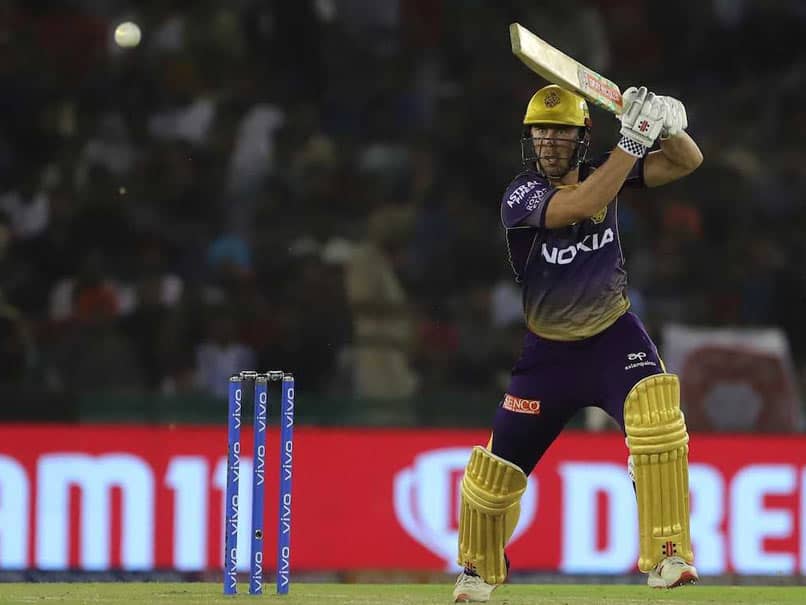 Chris Lynn was released by Kolkata Knight Riders ahead of IPL 2020.© BCCI/IPL

Kolkata Knight Riders skipper Dinesh Karthik has said that the franchise had to let go of Chris Lynn with a heavy heart. The Indian Premier League (IPL) 2020 will be played from September 19 to November 10 in the UAE across three venues – Dubai, Abu Dhabi, and Sharjah. In the players' auction which was held in December last year, Lynn was not retained by the franchise while Morgan was bought by Kolkata Knight Riders for Rs. 5.25 crore.

Now, Lynn would be seen in action for the Rohit Sharma-led Mumbai Indians in the IPL 2020.

"We had to let go off Lynn with a heavy heart, whatever time he spent with the franchise, he was a absolute gun, so are the dynamics of the auction that you have to let go some players, Lynn is somebody I am really fond off, he brings a lot to the table," Karthik said in a video posted on the official website of the IPL.

"Eoin Morgan is there with us for this season, I have met him a couple of times, he is a gem of a guy, being a solid human being is something that everyone looks at, he is a World Cup-winning captain, England is the best white-ball team in the world, I would try to learn from him, he has a great mind," he added

Both afternoon and evening matches will be played half-an-hour earlier than usual this season.

Chris Lynn Cricket IPL 2020
Get the latest updates on IPL 2020, check out the IPL Schedule for 2020 and Indian Premier League (IPL) Cricket live score . Like us on Facebook or follow us on Twitter for more sports updates. You can also download the NDTV Cricket app for Android or iOS.