"View For The Next Six Days": Ricky Ponting Reaches Dubai For IPL 13

Ricky Ponting arrived in Dubai and went into a mandatory six-day quarantine ahead of IPL 2020. 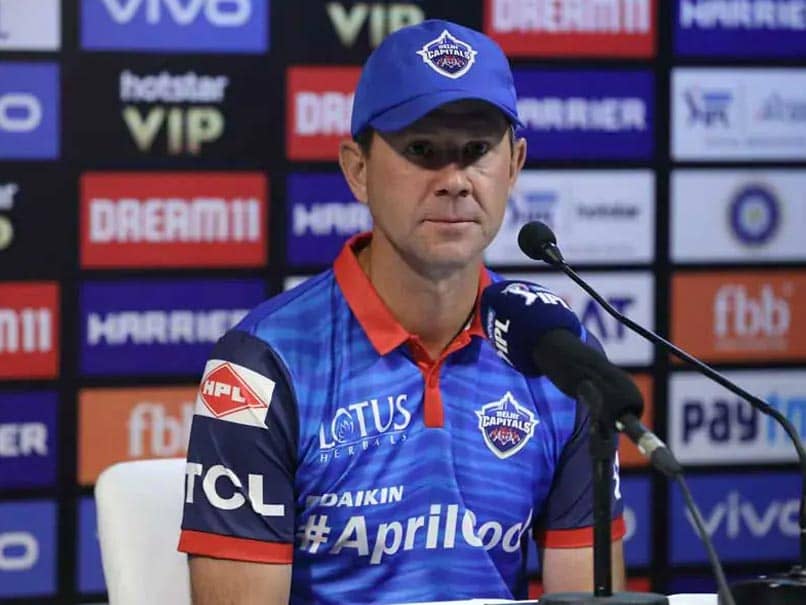 Ricky Ponting will be hoping that his team Delhi Capitals can do well in the IPL 2020.© BCCI/IPL

Delhi Capitals head coach Ricky Ponting arrived in Dubai on Thursday for the upcoming edition of the Indian Premier League (IPL). After arriving in Dubai, Ricky Ponting took to Instagram to share a picture from his hotel room which has a spectacular view. Ricky Ponting in the caption of his Instagram post wrote, "My view for the next 6 days, hotel quarantine is officially underway". The rest of the Delhi Capitals squad had arrived in the UAE last Sunday. All players are under isolation for six days as a precautionary measure against coronavirus.

My view for the next 6 days, hotel quarantine is officially underway.

The former Australian captain has been the coach of the Delhi based franchise since 2018 after taking over from Rahul Dravid. The 2020 edition of the IPL will be Ponting's third season with the Delhi team.

Ricky Ponting will be hoping that his team can do well in this year's IPL.

Shreyas Iyer will be captaining the side once again and will have the experience of senior players like Shikhar Dhawan, Ajinkya Rahane and Ravichandran Ashwin to help him.

The IPL was originally scheduled to take place from March 29 this year but due to the coronavirus pandemic, the Board of Control for Cricket in India (BCCI) decided to postpone the event.

BCCI decided to move the tournament to UAE as the coronavirus cases kept rising in India. The cash-rich league will begin from September 19 and will end with the final being played on November 10.

All players involved in the league will be staying in a bio-secure bubble for the entire duration of the IPL.