All the IPL 2020 teams have to undergo a period of quarantine after arriving in the United Arab Emirates and thereafter begin their training sessions. 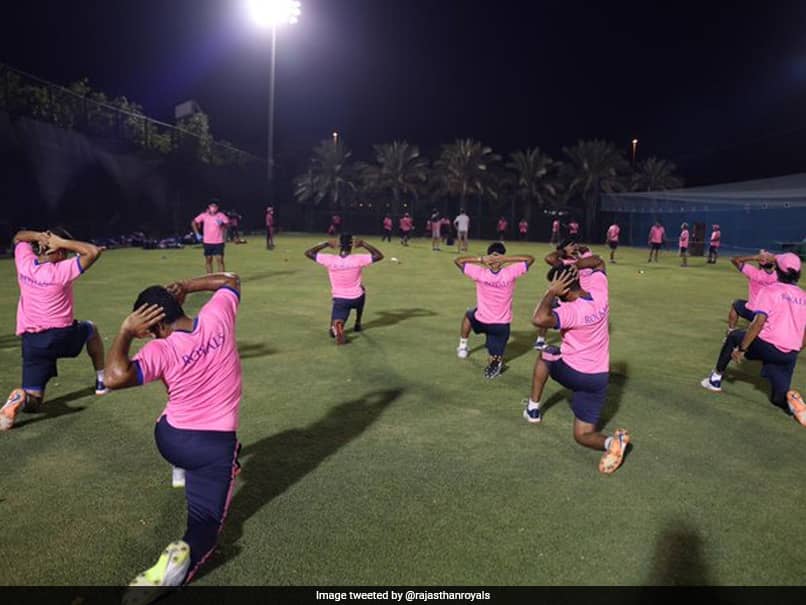 Rajasthan Roayls tweeted pictures of their first training session in the UAE under lights.© Twitter

The clock to Indian Premier League 2020 (IPL) is ticking very fast and the players don't have much time left to get themselves acclimatised to the hot conditions in the United Arab Emirates (UAE). When time is at a premium, players don't want to miss any training session. Soon after completing their mandatory quarantine period, Rajasthan Royals and Kings XI Punjab began their preparations straightaway. To beat the UAE's blazing heat, players from both the teams decided to train after sunset. Both franchises posted several pictures and videos from their team's net sessions on their respective social media handles.

Back. At. It. The Royals batsmen sweated it out in UAE last night. #HallaBol #RoyalsFamily #IPL2020

Despite training post-sunset, the hot conditions in the UAE still posed a great challenge to the players and it was evident in a video tweeted by the Kings XI Punjab where their skipper KL Rahul could be heard describing the challenge posed by the high temperature.

"Been at home for so long, just getting a chance to be out in the middle with the team and get a hit is very very good," Rahul said in the video tweeted by Kings XI Punjab.

"Conditions are really really hot. I really would have loved to bat in temperature much cooler but yeah happy we that we can be outdoors and do what we love," he added.

Rajasthan Royals and Kings XI Punjab were among first IPL sides to reach the UAE for the IPL 2020. The 13th edition of the cash-rich league was originally scheduled to start in March but had to be postponed due to the coronavirus pandemic and will now begin on September 19.

The matches will be played across three venues -- Abu Dhabi, Dubai and Sharjah and the tournament will come to an end on November 10.

KL Rahul IPL 2020 Cricket
Get the latest updates on IPL 2021, IPL Points Table , IPL Schedule 2021 , live score . Like us on Facebook or follow us on Twitter for more sports updates. You can also download the NDTV Cricket app for Android or iOS.