Mitchell Starc had opted out of the IPL 2020 but his Australia teammate David Warner welcomed him to SunRisers Hyderabad (SRH) in a bizarre Instagram post. 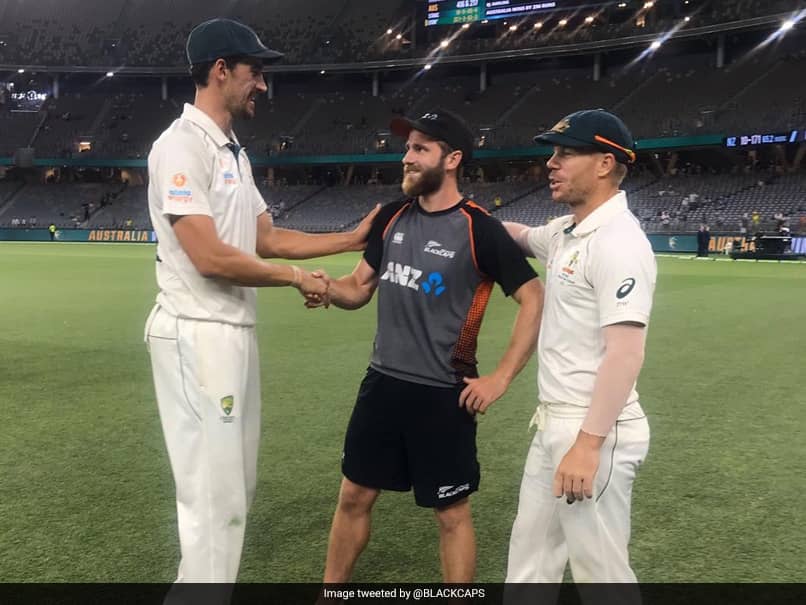 Mitchell Starc, who had opted out of IPL 2020, was welcomed to the SunRisers Hyderabad (SRH) franchise by his Australia teammate David Warner in a bizarre Instagram post. After Australia beat New Zealand in the first Test on Sunday, David Warner shared a picture with the man-of-the-match Mitchell Starc and his SRH teammate Kane Williamson on his Instagram story, and captioned it, "Welcome to the @sunrisershyd @mstarc56". Incidentally, David Warner's post comes a few days before the IPL 2020 auction, which is slated to take place on December 19 in Kolkata. 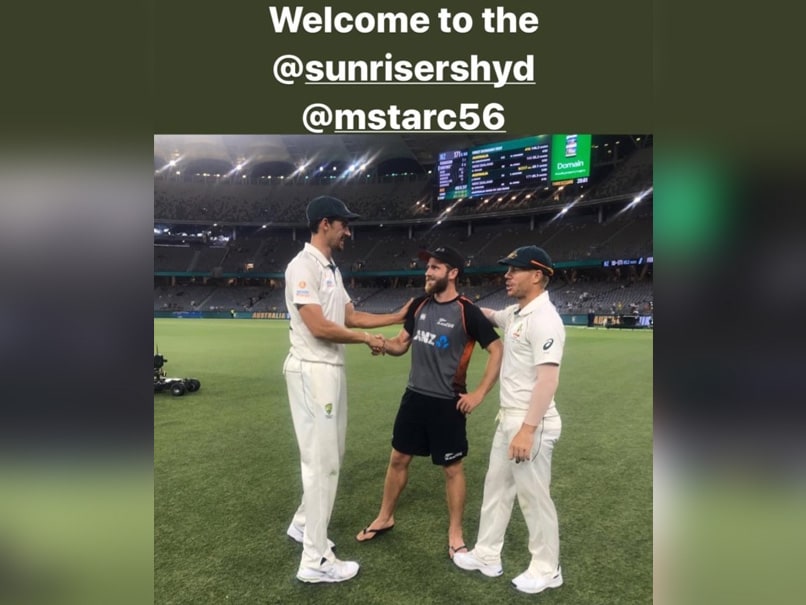 Starc had opted out of the IPL last year as well.

Among the notable players, England's Joe Root had also not registered for the IPL 2020 auction. A total of 332 players will go under the hammer during the auction.

Starc has also played 28 matches in the shortest format of the game and picked 39 wickets at an average of 18.41. He has featured in 27 IPL matches and averages 13.71 in the lucrative tournament.

He will be next seen in action in the second of the three-match Test series between Australia and New Zealand at the Melbourne Cricket Ground, starting from December 26. The final Test will be played at the Sydney Cricket Ground from January 3, 2020.

Sunrisers Hyderabad
Get the latest updates on India vs England Series, India vs England , live score and IPL 2021 Auction . Like us on Facebook or follow us on Twitter for more sports updates. You can also download the NDTV Cricket app for Android or iOS.