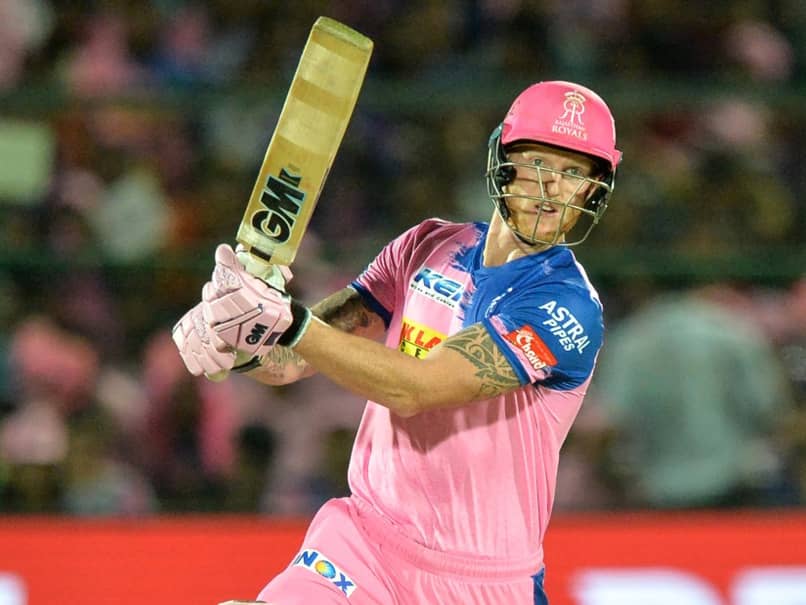 Ben Stokes recently made headlines with the release of his new book titled 'On Fire'.© AFP

Rajasthan Royals and SunRisers Hyderabad (SRH) are the two Indian Premier League (IPL) franchises that do not hesitate to pull each other down on the social media. On Monday, the two IPL teams engaged in a Twitter banter once again, this time over Ben Stokes' new book. England's World Cup hero Ben Stokes recently made headlines with the release of his new book titled 'On Fire'. In the book, Ben Stokes has mentioned that during Ashes 2019, David Warner's constant chirping from behind the stumps motivated him to play a match-winning knock in the third Test in Headingley.

Such a mention of Warner in Stokes' book helped Rajasthan Royals take a dig at the Australian opener, who plays for SunRisers Hyderabad.

"@benstokes38's book should be an interesting read," Rajasthan Royals tweeted.

Taking one step further, Rajatshan Royals, who lifted the IPL trophy in the inaugural season in 2008, tweeted, "Can't wait to read the book @benstokes38! Ordered your copy yet, @SunRisers?".

SunRisers Hyderabad, who won their maiden IPL trophy in 2016 under the leadership of Warner, without mincing any words came up with an epic reply to engage in a banter.

This was not the first time these two sides were involved in a funny conversation on Twitter.

Last month, these two sides were involved in a funny banter on the micro-blogging site which revolved around two Australian players David Warner and Steve Smith.

The conversation started when Smith's IPL franchise Rajasthan Royals, responding to a picture, wrote: "@stevesmith49: Tell Dave (David Warner), I need to bat today!" Warner's franchise SunRisers Hyderabad, seeing the mention of their star opener, couldn't resist and pitched in with a cheeky response: "What better than both of them batting together".

The thread ended with a hilarious response from Rajasthan Royals. "Releasing him (Warner), @SunRisers?"

Sunrisers Hyderabad Cricket
Get the latest updates on IPL 2020, check out the IPL Schedule for 2020 and Indian Premier League (IPL) Cricket live score . Like us on Facebook or follow us on Twitter for more sports updates. You can also download the NDTV Cricket app for Android or iOS.