Australia's Test captain, Tim Paine has said that in England, it has become a trend to use David Warner's name to boost book sales. 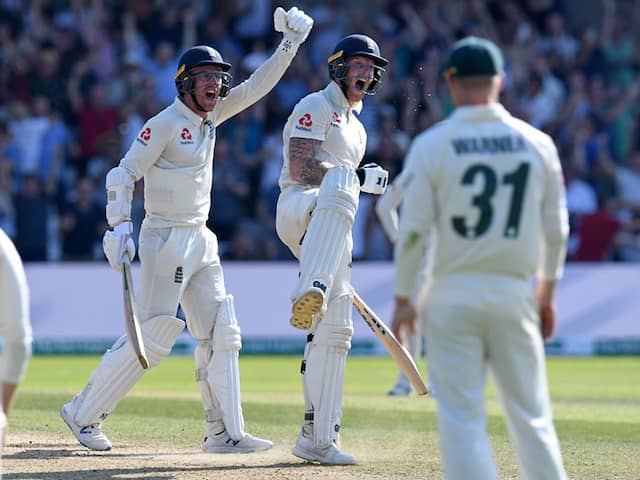 Ben Stokes, who recently released a book, has alleged that it was David Warner's constant chirping from the slips motivated him to play that unbelievable match-winning knock of 135 not-out at Headingley. Ben Stokes single-handedly won the game for the hosts. In his book, titled 'On Fire', the all-rounder has mentioned that "he (Warner) just wouldn't shut up for most of my time out there. I could accept it from just about any other opponent. Truly. Not from him, though." Warner has been the target of many England cricketers in the past. Former England captain, Alastair Cook in his autobiography mentioned that the Australian opener admitted to using substance to deteriorate the condition of the ball.

Australia's Test captain, Tim Paine has come out in support of his opening batsman and said that it has become a common trend in England to use Warner's name to spike book sales.

"I was obviously standing next to David the whole time and you are allowed to talk on the cricket field," Paine said when asked whether the Stokes allegations were a "cheap shot". "But by no means was he abusing him or sledging him. It just seems to be a common trend in England that they like to use Davey's name to spike book sales. So good luck to them," Paine was quoted as saying by ESPN Cricinfo.

In the Headingley Test, Ben Stokes played an unbeaten knock of 135 to help England stage a thrilling comeback after being knocked over for 67 in their first innings.

David Warner Tim Paine Cricket
Get the latest Cricket news, check out the India cricket schedule, Cricket live score . Like us on Facebook or follow us on Twitter for more sports updates. You can also download the NDTV Cricket app for Android or iOS.