Ben Stokes recently released a book in which the all-rounder revealed why he was not in favour of having Alex Hales in the 2019 World Cup squad. 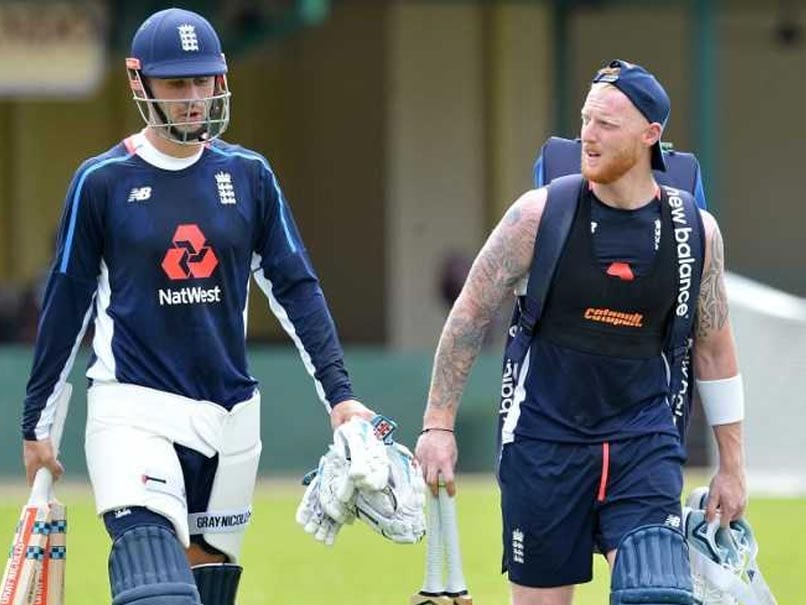 Ben Stokes said that he wanted to protect the culture and environment inside England's dressing room.© AFP

Ben Stokes had a dream English summer as he starred in England's first World Cup triumph and then followed it up with some magical performances in the Ashes series. England, who won the World Cup in dramatic fashion, had to make a last-minute change to their 15-member squad. Alex Hales, explosive opening batsman, tested positive for a banned substance that forced the selectors to withdraw the right-hander from the provisional 15-man squad. Ben Stokes, who recently launched his book "On Fire", said that it was important to protect the culture and environment the team had built.

"I went into all the details about my experience of what happened on the 2017-18 tour of Australia and posed the question as to whether Hales was the level of player that we could make an exception for," a report in Metro.co.uk quoted Stokes as saying in his book.

"In the end, it came down to us protecting the culture and environment we had built," Stokes added.

The all-rounder also mentioned that when the news about Hales' withdrawal came, England skipper Eoin Morgan took it upon himself to take the opinion of senior players on the matter.

"Eoin made made it his business to seek out the senior players within the squad to canvas their views as to what should be done about Alex's situation," Stokes said.

The 28-year-old further revealed that when he was asked to give his opinion and his answer was a straight "no".

"When asked directly what I would do, I came straight out with it: No. I can't have him in the squad," Stokes said.

In the World Cup, Ben Stokes scored 435 runs at an average of 66.42 and with the ball, he picked up seven wickets. Stokes also played a monumental knock in the final against New Zealand.

For his heroics, Stokes was named player of the match in the summit clash.

Alex Hales
Get the latest updates on Fifa Worldcup 2022 and check out  Fifa World Cup Schedule, Stats and Live Cricket Score. Like us on Facebook or follow us on Twitter for more sports updates. You can also download the NDTV Cricket app for Android or iOS.