MS Dhoni's intensity stood out and he looked in spectacular touch during the IPL camp, vouched his Chennai Super Kings teammates 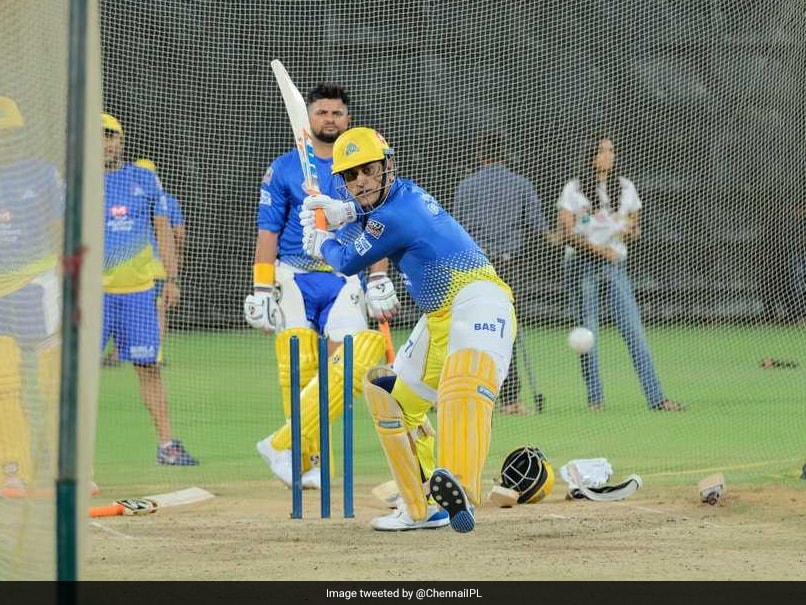 Chennai Super Kings had commenced their training on March 2.© Twitter

MS Dhoni'sintensity stood out and he looked in spectacular touch during the IPL camp, vouched his Chennai Super Kings teammates, who remained unperturbed by speculations over their talisman's future in international cricket. The three-time winners had commenced their training on March 2 with Dhoni joining from day one, but it was suspended on March 14 owing to the novel coronavirus outbreak.

Leg-spinner Piyush Chawla, who was picked by the franchise during the auction late last year, said Dhoni was focused and showed match-like intensity in the way he was batting and keeping.

"Mahi bhai was absolutely focused, training purposefully and was looking really good. He was showing match-like intensity in the way he was batting and keeping and that was rubbing off on others," Chawla was quoted as saying on the CSK website.

Karn Sharma, another leggie in the squad, said the CSK captain's enthusiasm and involvement were a source of inspiration for the other members.

"Mahi bhai was batting for two to three hours at nets every day, and the way he was hitting the ball no one could say he was returning from a long break. The way he was training was a huge motivation for the rest of us," he added.

"During match simulations, he was very involved, speaking to the bowlers, and the rhythm he was in, it was a big boost for our team," Sharma said.

Meanwhile the team's bowling coach, Lakshmipathy Balaji, a former India cricketer, described Dhoni as a natural athlete and that he was clearly looking forward to the season.

"MS is a natural athlete and supremely fit. He didn't look rusty, didn't look one bit like he was away from the game. He was clearly looking forward to the season, the way he was training, batting, keeping and being involved with the team," Balaji added.

Team physiotherapist Tommy Simsek said it was the first time in about 10 years he saw Dhoni do some wicketkeeping training.

"For the first time in about 10 years I saw MS do some wicketkeeping training and that goes to show that he was definitely keen, definitely focused to do well this year," he added.

"I was worried that he hadn't done much for a long time and then that he would try and do too much, too soon and he may get injured.

"It turned that I need not have worried - MS being the professional, he looked in really good shape. He said he'd started (training) a month or so before our fitness camp," Simsek said.

Chennai Super Kings Cricket IPL 2020
Get the latest updates on ICC T20 Worldcup 2022 and CWG 2022 check out the Schedule, Live Score and Medals Tally. Like us on Facebook or follow us on Twitter for more sports updates. You can also download the NDTV Cricket app for Android or iOS.