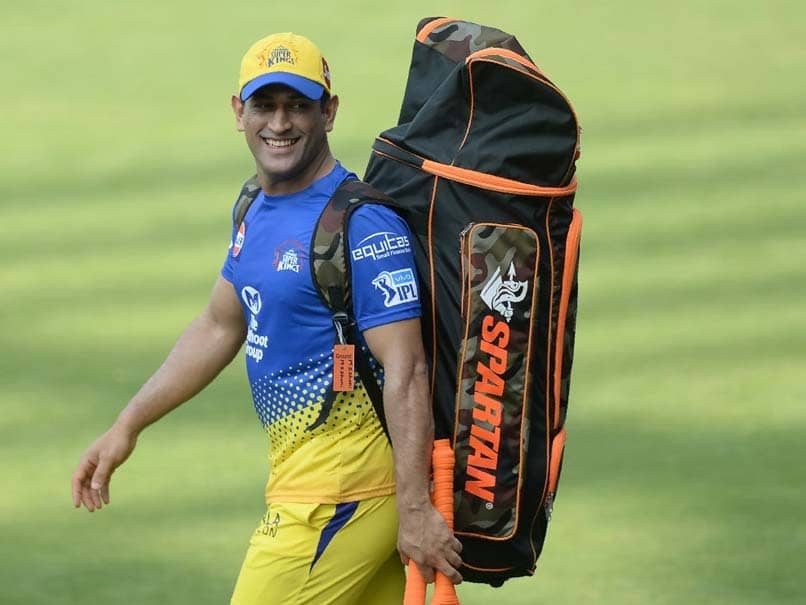 India coach Ravi Shastri had said that the IPL could be a testing ground for MS Dhoni.© AFP

Veteran MS Dhoni's chances of being picked in India's T20 World Cup squad will be "very, very bleak" if the 13th IPL doesn't take place, former chairman of selectors Kris Srikkanth said on Saturday without mincing words.Former England skipper Nasser Hussain, though, offered a different take about the two-time World Cup-winning ex-captain's future, saying he still has a lot to offer. Srikkanth said he couldn't be diplomatic about the topic.

"I am not going to be diplomatic. I am talking about if I was the chairman of the selection committee, what would I do. If the IPL does not happen then his (Dhoni's) chances are very, very bleak," said Srikkanth on Star Sports' show Cricket Connected.

Dhoni last played for India in the World Cup semi-final against New Zealand last July. The 60-year-old Srikkanth said that the interest of the team should come ahead of an individual, even if it involves an achiever like Dhoni.

The 1983 World Cup winner reasoned, "Because straightaway, in my opinion, KL Rahul will be the wicket keeper-batsman. Rishabh Pant, I still think he might be a bit of a doubt, but I believe that Rishabh Pant is highly talented.

"So, I wouldn't mind taking him along with the squad, but definitely if the IPL doesn't happen, then Dhoni will have a difficult time getting back into the team for the T20 World Cup."

In the recent past, India coach Ravi Shastri had said that the IPL could be a testing ground for Dhoni.

On the same show, Hussain felt that Dhoni shouldn't be "pushed into retirement".

Hussain, one of the most respected voices in world cricket, said that Dhoni still has a lot to offer to Indian cricket.

"Once Dhoni is gone, there is no getting him back. There are some legends of the game, appreciating while around, because they are once-in-a-generation cricketer and don't push him into retirement too early.

"Only Dhoni knows his mental state and in the end the selectors select and players turn up when asked to," the 52-year-old Hussain said.

Acknowledging Dhoni's achievements, Srikkanth, who played 43 Tests and 146 ODIs, said, "Let's be very honest about it. He is absolutely fit, he is a legend, he is brilliant. I am a great fan of Dhoni myself.

"But the question is for the World Cup team. So you'll have to put the Indian team first and then the individuals."

"Is MS Dhoni still good enough to get in the Indian side? It is as simple as that. That should apply for anyone across the board. What I have seen of Dhoni, I still think MS Dhoni has a huge amount to offer for Indian cricket," he said.

Hussain also added that Dhoni did err on a couple of occasions during the World Cup when he couldn't force the pace of the innings.

"Yes, it's been one or two occasions where he got it wrong in run chases, there was a World Cup game in England where he sort of blocked at the end for some unknown reason, but in general, MS Dhoni is still a really good talent and be careful what you wish for," Hussain signed off.

MS Dhoni Nasser Hussain Krisnamachari Srikkanth Cricket
Get the latest updates on IPL 2020, check out the IPL Schedule for 2020 and Indian Premier League (IPL) Cricket live score . Like us on Facebook or follow us on Twitter for more sports updates. You can also download the NDTV Cricket app for Android or iOS.