Shane Watson credited MS Dhoni and Chennai Super Kings coach Stephen Fleming for keeping the faith in him even when he was off form. 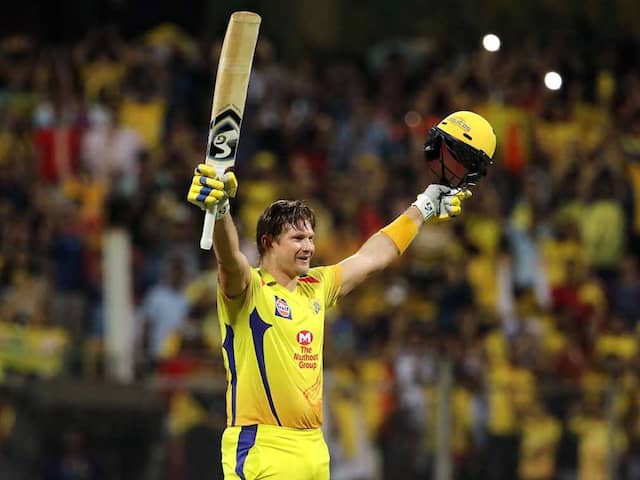 Shane Watson is one of the veterans of the Indian Premier League, having won the trophy in its inaugural season in 2008 with Rajasthan Royals and then again with Chennai Super Kings a decade later. The prolific all-rounder also had a stint with Royal Challengers Bangalore for two years, during which he helped the Virat Kohli-led team reach the final in 2016. During an Instagram live chat session set up by Chennai Super Kings, the Australian World Cup winner revealed what set MS Dhoni's team apart from the other franchises that he has represented.

"You can go for 10 games not scoring runs and still get picked. Last season, thank you to MS Dhoni and Stephen Fleming for keeping the faith," he said.

"Every other franchise would have been 'You are gone. Thank you for coming, but you are sitting and you are running the drinks,'" the all-rounder continued.

Watson credited CSK skipper Dhoni and coach Stephen Fleming for not dropping him and eventually repaid his faith with the string of crucial knocks.

"Through that period, unfortunately I felt like I was batting well but I was just not scoring runs and that kept going on and on. At some stage I was feeling after a couple of games that they are going to have to move me on, but they didn't."

"And then when things turned around, which I knew it would at some stage, I thanked MS and Fleming for keeping the faith, and they said there was never any doubt," he said.

"And that's phenomenal. That made me feel 10-foot tall," Watson said.

"That's the power of amazing leadership. To know when to stick with people you believe me, and that's amazing for me. And I am forever indebted to those guys," he said.

MS Dhoni Stephen Fleming Cricket
Get the latest Cricket news, check out the India cricket schedule, Cricket live score . Like us on Facebook or follow us on Twitter for more sports updates. You can also download the NDTV Cricket app for Android or iOS.