IPL 2020: Brendon McCullum's Performance In IPL Opener Makes It Hard Not To Be A KKR Fan, Says Lockie Ferguson

KKR pacer Lockie Ferguson said he became a Kolkata fan after Brendon McCullum's ferocious knock in the first match of the inaugural edition of IPL. 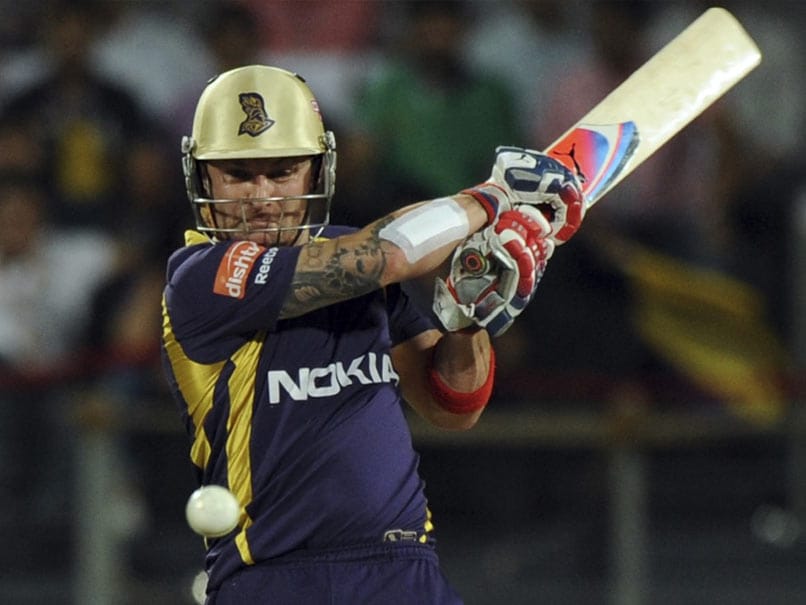 Brendon McCullum smashed 158 runs off 73 balls in the first IPL match against RCB in 2008.© AFP

Kolkata Knight Riders (KKR) pacer Lockie Ferguson heaped praise on compatriot and coach Brendon McCullum, and said that he became a Kolkata fan after the former Kiwi cricketer's ferocious knock in the first match of the inaugural edition of IPL. McCullum had smashed 158 runs off just 73 balls in the first IPL match against Royal Challengers Bangalore in 2008. He innings was studded with 10 fours and 13 glorious sixes."We used to watch IPL as young chaps. Brendon (McCullum) was definitely one of our heroes while growing up. After watching him do so well in the first match for KKR, it was hard not to be a Kolkata fan. So yeah, I am super excited and I think Purple and Gold doesn't look bad on me at all," KKR's official website quoted Ferguson as saying.

"The team we have (for this season) is looking super strong. Last year, we ended up sort of mid-table, so hopefully, this year we will get a chance to improve on that performance," he added.

Ferguson also said that he is looking forward to playing under the KKR coach as McCullum's aggressive nature on the field resonates with his bowling style.

"In my international career, I just missed out on having him as my captain. It was just after the World Cup here in New Zealand. I have bowled to him a few times at the nets. He is one of those New Zealanders who played the game the way he thought it should be played," the Kiwi pacer said.

"He was always super aggressive and I guess my bowling mirrors him in a way when it comes to aggression. So yeah, I am thoroughly looking forward to playing under him as a coach," Ferguson added.

The IPL 2020 will be played in the UAE from September 19-November 10, and the tournament will run for 53 days. KKR will take on Mumbai Indians in their opening match on September 23.

Lockie Ferguson Cricket
Get the latest updates on ICC Women's Cricket World Cup 2022 and IPL 2022, check out the Schedule , Live Score and IPL Points Table. Like us on Facebook or follow us on Twitter for more sports updates. You can also download the NDTV Cricket app for Android or iOS.