Venky Mysore, chief executive of Kolkata Knight Riders (KKR) has said that postponing the Indian Premier League's (IPL) mega auction is not such a bad idea. 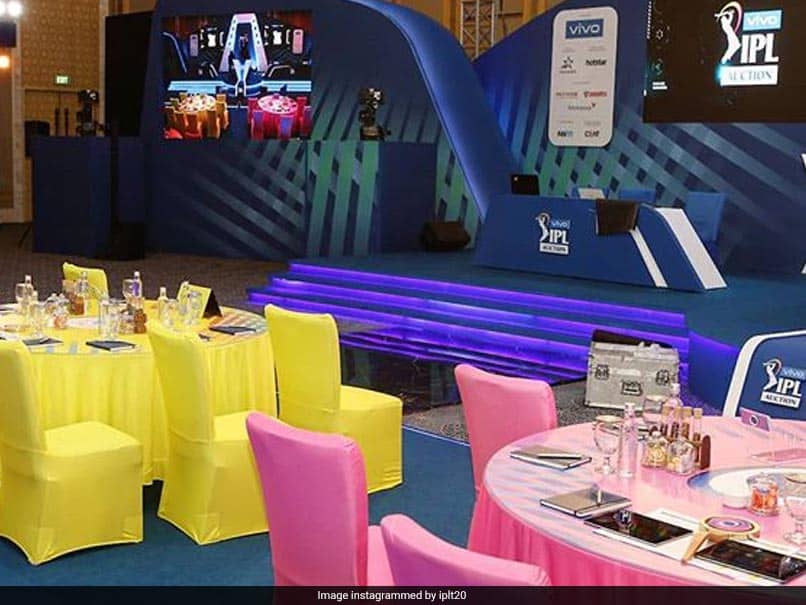 The last mega auction for IPL was conducted in 2019.© Instagram

Venky Mysore, chief executive of Kolkata Knight Riders (KKR) has said that postponing the Indian Premier League's (IPL) mega auction is not such a bad idea. The IPL's mega auction is slated to be held in 2021, but many franchises have already indicated towards pushing it back by another year. The 2020 edition of the tournament is slated to begin from September 19, and with this course of events, franchises will be left with just four months to prepare for the mega auction.

"I've heard that as well and it's not a bad idea to push it back by a year, considering we'll have such a short period of time between the finals this season and the start of the next edition in April-May. So it's not a bad idea but has to be thought through" ESPNCricinfo quoted Mysore as saying.

"There are various other ramifications of what it may mean contractually for the players and whatnot, but the mega auction being pushed back has been done before when two teams were banned, the auction was pushed back by a year. So there is precedence to that. Whether this situation warrants that, let's wait and see, but it's not a bad idea for the moment," he added.

The last mega auction for IPL was conducted in 2019 as Chennai Super Kings and Rajasthan Royals returned after serving out their two-year ban in relation to the earlier spot-fixing case.

"Sometimes we forget this is a very young league, we''re only into the 13th year. Until India won the T20 World Cup in 2007, the T20 format hadn''t caught the imagination of the public. Foreigners have had more experience playing the format, and because they're allowed to go and play in the other leagues, there''s a certain experience they bring with it," Mysore said.

"But if you see within our own KKR set-up, Abhishek Nayar is our assistant coach. He's outstanding, he runs our KKR academy. His knowledge about the Indian boys is outstanding, and they look up to him. He's a mentor. Similarly, we have Omkar Salvi, the assistant bowling coach. Kamlesh Jain is our head physio. All these guys have grown into their positions," he added.

The IPL 2020 will be played from September 19 till November 10 in the UAE across three venues -- Dubai, Abu Dhabi, and Sharjah.

Mumbai Indians IPL 2020 Cricket
Get the latest updates on IPL 2020, check out the IPL Schedule for 2020 and Indian Premier League (IPL) Cricket live score . Like us on Facebook or follow us on Twitter for more sports updates. You can also download the NDTV Cricket app for Android or iOS.