India will be beginning their last ODI series ahead of the World Cup in Hyderabad on Saturday. 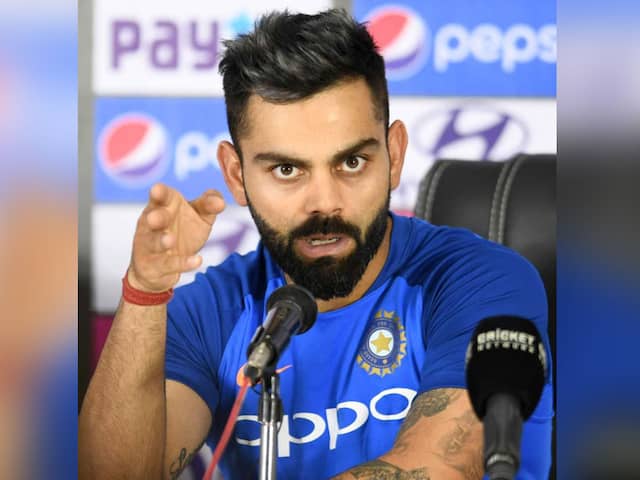 Virat Kohli's Team India are all set to begin their final assignment ahead of the World Cup 2019 in England and Wales, starting May 30. India will take on Australia in a five-match One-day international (ODI) series and there will be a lot to ponder for the hosts who will be aiming to finalise their final 15 players for cricket's showpiece event. The ODIs starting in Hyderabad on Saturday will also serve as the last chance for the players to make the cut or consolidate their position because skipper Virat Kohli has made it clear that the Indian Premier League performances will have no bearing on India's World Cup selection. "No, I don't see the IPL having any influence on World Cup selection. I think that will be very, very radical sort of analysis," Kohli said in the press conference ahead of the first ODI.

"We need to have a solid team. Before we head into the IPL, we need to be absolutely clear of what team we want for the World Cup. I don't see anything changing on how the IPL goes for any of the players.

"If one or two players do not have a good IPL season, it doesn't mean that they are out of the picture for the World Cup. Those things are not going to matter," Kohli set the record straight.

Since the World Cup begins about 10 days after the conclusion of IPL's 12th instalment (starting March 23), Kohli has even asked the UK-bound fast bowlers to skip the T20 tournament.

India suffered their first series loss under Kohli's leadership when they were outplayed by Australia in the recently-concluded two-match Twenty20 International (T20I) series.

The hosts failed to defend a huge total of 190 in Bengaluru after losing the first T20I in Vizag, raising concerns of too much experimentation happening with the team ahead of the quadrennial event.

However, Kohli made it clear that India couldn't win the T20I series simply because Australia were a better side.

"We could not win the T20 series because in the first match, we didn't play good cricket and in the second match, Australia played better than us. I think it's important you understand why we lost.

Virat Kohli Cricket IPL 2019
Get the latest updates on IPL 2020, check out the IPL Schedule for 2020 and Indian Premier League (IPL) Cricket live score . Like us on Facebook or follow us on Twitter for more sports updates. You can also download the NDTV Cricket app for Android or iOS.