Virat Kohli blasted his bowlers for a dismal showing in the final four overs of the RCB vs KKR IPL 2019 match on Friday night. 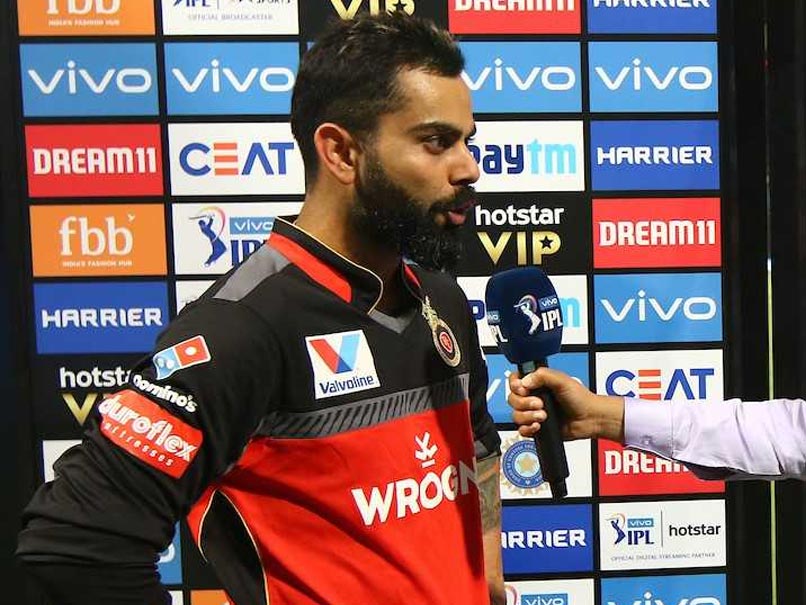 Virat Kohli said the way his bowlers bowled in the last 4 overs was "unacceptable".© BCCI/IPL

A furious Virat Kohli didn't mince any words, blasting his bowlers for a dismal showing in the final four overs of the RCB vs KKR IPL 2019 match on Friday night. RCB looked all set to register their first win of IPL 2019 but didn't take into account their lacklustre death bowling and Andre Russell's ruthless onslaught. The hosts failed to defend 66 runs off the final 24 balls as Andre Russell ran riot with an unbeaten 48 runs off just 13 balls to help KKR overhaul the 206-run target with five balls to spare.

Following the loss, RCB's fifth consecutive this season, Virat Kohli said the bowling in the last four overs was "unacceptable".

"There is no guessing there (about where they lost), the last 4 four overs the way we bowled was just unacceptable. We needed to be more clever, nothing came off and we just cracked under pressure. If we bowl like that and don't show composure in pressure moments, we deserve to be where we are in the table. No rocket science behind it. If we bowl with not enough bravery in the crunch moments then it's always going to be difficult when you have power-hitters like Russell in the opposition," said Virat Kohli in the post-match presentation ceremony.

Virat Kohli scored a fine 84 runs off 49 balls, overtaking Suresh Raina to become the top run-getter in the history of IPL but the RCB skipper lamented getting out with 17 balls still remaining in his team's innings.

"I wasn't really happy getting out at that moment, could've got 20-25 more. AB (de Villiers) didn't get much strike in the end. I thought the runs were enough on the board, we didn't have enough composure."

Virat Kohli remained optimistic about his team recovering from a seemingly hopeless situation.

"It's been a disappointing season so far, but we are still optimistic about our chances. We just have to believe in ourselves that we can turn things around," said the RCB captain.

AB de Villiers IPL 2019 Royal Challengers Bangalore vs Kolkata Knight Riders, Match 17 Cricket
Get the latest updates on IPL 2021, check out the IPL 2021 Schedule and Indian Premier League Live Score . Like us on Facebook or follow us on Twitter for more sports updates. You can also download the NDTV Cricket app for Android or iOS.