Steve Smith Back In Nets After Elbow Surgery, Hopes To Return With IPL - Watch

Steve Smith went under the knife in January after being forced to drop out of the Bangladesh Premier League with a ligament problem. 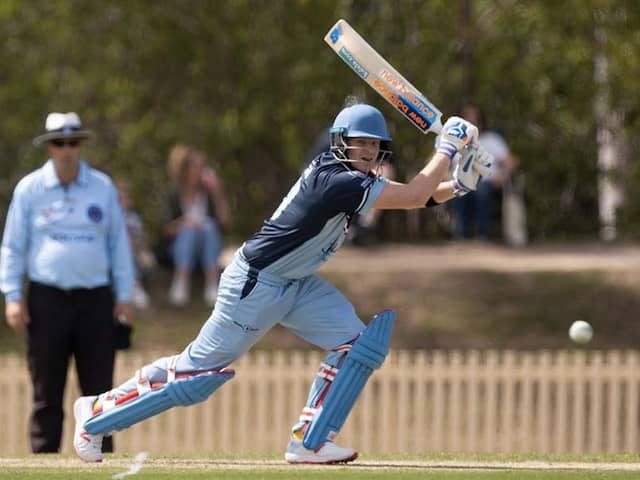 Steve Smith returned to the nets after elbow surgery as Australia coach Justin Langer hopes that the banned former captain and his deputy David Warner will be fit for the Indian Premier League (IPL), starting March 23. Interestingly, Smith and Warner's IPL franchises have been scheduled to play against each other the day their Cricket Australia suspensions end. The schedule for the first two weeks of the IPL was released in February, dishing up a contest between Smith's Rajasthan Royals and Warner's SunRisers Hyderabad on March 29.

Smith went under the knife in January after being forced to drop out of the Bangladesh Premier League with a ligament problem. He has been in a brace since, but picked up a bat again and had a session at the Sydney Cricket Ground on Thursday.

"Great to have my first hit back. The elbow is feeling good," Smith posted to his 1.4 million Instagram followers with a short video early Friday.

Great to have my first hit back today. The elbow is feeling good!

Smith and Warner become eligible for international selection again on March 29 after serving year-long bans for their part in attempting to alter the ball during a Test against South Africa.

Warner also returned home from Bangladesh with an injured elbow, though less serious than Smith. He too had surgery and was also at the SCG on Thursday.

He crossed paths there with former South African fast bowler Morne Morkel, who has settled in Sydney with his wife.

Morkel was training at the ground ahead of a stint with English county side Surrey, and told the Cricket Australia website that having Smith and Warner back would be good for the game.

"It's the first time I've seen Davey since South Africa," Morkel said, referring to the Cape Town Test where the tampering scandal unfolded and Warner and Smith were sent home in disgrace.

"Obviously as a cricket supporter I'm rapt for him to get back on the field. It will be great to see him and Steve (Smith) play and it will be great for Australia as well."

Langer told Australian media in India, where the team is playing a Twenty20 and one-day series, that he expected both players to be fit for the IPL, which starts late this month.

"From all accounts they should both be ready for the IPL, which is really positive," he said.

"Dave's probably a little more advanced but my understanding is they'll be ready to go in the not-too-distant future."

Langer added that "I speak to them all the time".

Once their bans expire, both players will be eligible for the final two games of Australia's five-match ODI series against Pakistan in the UAE next month.

The squad for that series has yet to be announced, although the general consensus in Australia is that they will instead play the IPL to prepare themselves for the World Cup in England.

David Warner Cricket IPL 2019
Get the latest Cricket news, check out the India cricket schedule, Cricket live score . Like us on Facebook or follow us on Twitter for more sports updates. You can also download the NDTV Cricket app for Android or iOS.