SRH will climb to third position on the IPL points table if they win. As for KKR, a defeat would create a gap between them and the top five teams. 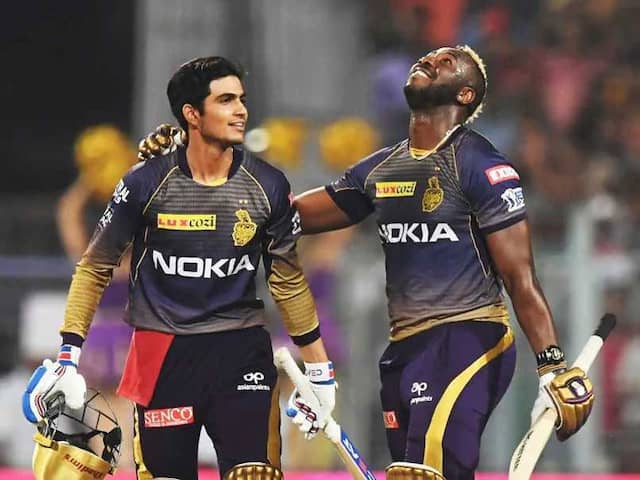 SunRisers Hyderabad (SRH) will be looking to continue their winning momentum when they host Kolkata Knight Riders (KKR) at the Rajiv Gandhi International Stadium in Hyderabad in the first of two Indian Premier League (IPL) matches to be held on Sunday. Brimming with confidence after breaking Chennai Super Kings' winning streak, SRH will climb to third position on the IPL points table if they manage to secure a win against KKR. As for KKR, who have lost their last four matches on the trot, a defeat against SRH would create a gap between them and the top five teams and deal a considerable blow to their chances of qualifying for the playoffs.

Against CSK, the likes of Bhuvneshwar Kumar and Khaleel Ahmed bowled in good areas to keep the run flow in check while Rashid Khan scalped two wickets for just 17 runs. With the bat, it was Jonny Bairstow and David Warner show once again as the pair guided the team to a facile victory by sharing a 66-run stand for the first wicket.

KKR, who lost to Royal Challengers Bangalore by 10 runs on Friday night, have looked out of sorts in their recent meetings, with their middle order not showing up and the over reliance on Andre Russell now becoming a cause of worry.

In the middle overs, after KKR had lost the first three wickets inside the powerplay, Robin Uthappa and Nitish Rana stumbled along, accumulating just 46 off 41 balls in a partnership that had Russell fuming in the dugout. Russell, at the post match press conference, said he should bat higher up the order when KKR are in those situations, and it remains to be seen now what the think tank does against Sunrisers.

On Sunday, it will be Rashid against Russell as the latter hasn't had so much success against the turning ball. In their last meeting at the Eden Gardens, KKR won by six wickets with Russell smashing a 19-ball 49 chasing 182.

Andre Russell Rashid Khan IPL 2019 Sunrisers Hyderabad vs Kolkata Knight Riders, Match 38 Cricket
Get the latest Cricket news, check out the India cricket schedule, Cricket live score . Like us on Facebook or follow us on Twitter for more sports updates. You can also download the NDTV Cricket app for Android or iOS.