Shubman Gill's father celebrated from the stands as his son reached fourth IPL half-century during the KKR vs KXIP on Friday. 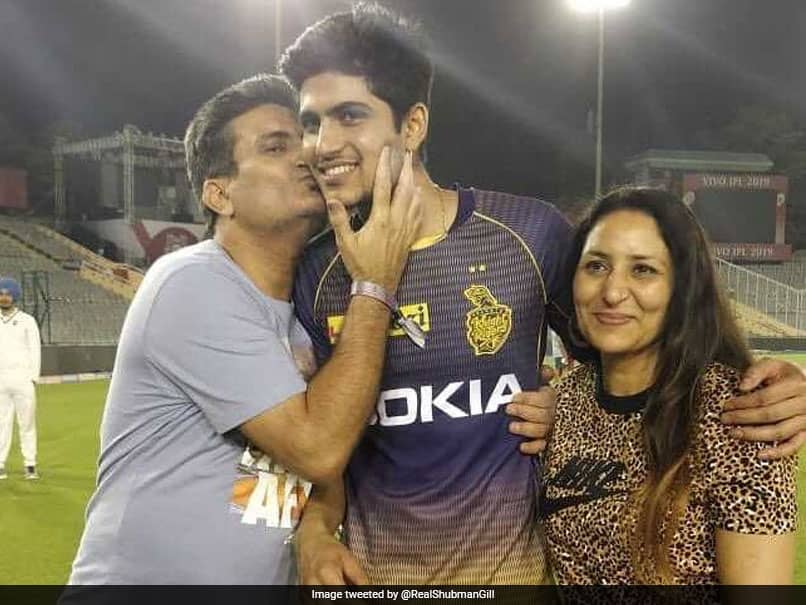 Shubman Gill made his home ground performance memorable with a match-winning knock for Kolkata Knight Riders (KKR) against Kings XI Punjab (KXIP) at the Punjab Cricket Association IS Bindra Stadium in Mohali in the Indian Premier League (IPL) 2019 on Friday. But another Gill too made his presence felt in the ground -- Shubman Gill's father. After his son reached his fourth IPL half-century, Shubman Gill's showed off his bhangra moves from the stands. Shubhman Gill, who has been used in a batting position lower-down the order by the Kolkata outfit, scored both his fifties while opening for the side.

Breaking into Bhangra at the IS Bindra Stadium stands was their way of conveying how overjoyed Mr. and Mrs. Gill were after @RealShubmanGill raced the chase for @KKRiders on Friday! By @tanmoym. #KXIPvKKR

It was also the third half-century for Gill while opening for the Kolkata franchise. He notched up the first against Delhi Capitals on April 12.

Gill's knock on Friday displayed maturity beyond his years as KKR all but ended Kings XI Punjab's hopes of reaching the playoffs with a seven-wicket on Friday to stay afloat in the tournament.

Chasing a target of 184, the 19-year-old Gill showed his range on his 'home turf' with an attractive 65 not out off 49 balls, anchoring the chase after Chris Lynn (46 off 22 balls) set the pace with some big hits in the powerplay overs.

Not only did KKR reach the target in 18 overs but they also improved the net run-rate as they now have 12 points with a must-win away game against Mumbai Indians left.

Kolkata Knight Riders IPL 2019 Shubman Gill Cricket
Get the latest updates on IPL 2021, IPL Points Table , IPL Schedule 2021 , live score . Like us on Facebook or follow us on Twitter for more sports updates. You can also download the NDTV Cricket app for Android or iOS.