IPL 2019, RR vs KKR: When And Where To Watch Live Telecast, Live Streaming

Rampaging Kolkata Knight Riders will take on a shaky Rajasthan Royals at the Sawai Mansingh Stadium on Sunday. 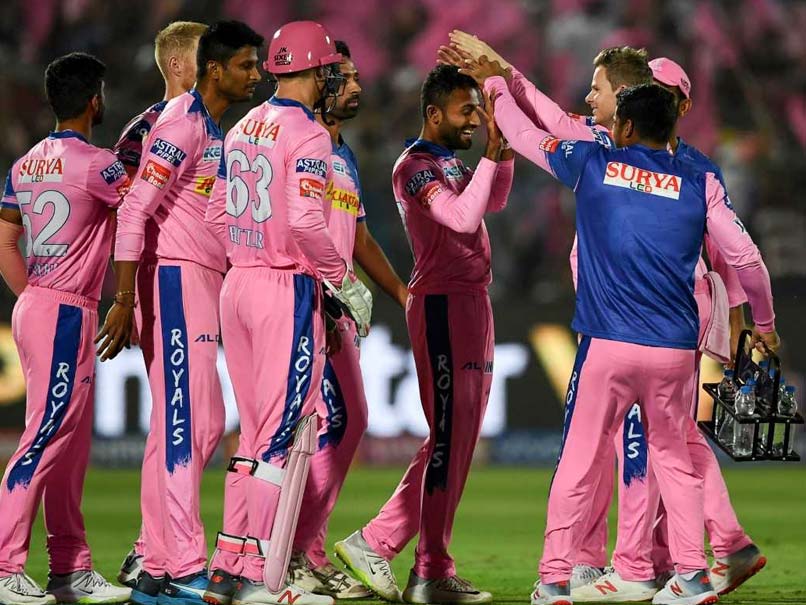 Rajasthan Royals are high on confidence after their maiden victory over RCB.© AFP

Kolkata Knight Riders will eye an encore of Andre Russell's rampage, which powered them to a five-wicket win over Royal Challengers Bangalore on Friday, when they take on a shaky Rajasthan Royals at the Sawai Mansingh Stadium on Sunday. Dinesh Karthik-led KKR are placed second in the points table with three wins in four matches and they will look to consolidate their position in Jaipur. Rajasthan, on the other hand, are second from bottom in the IPL Points Table with their only victory coming against bottom-placed RCB. While Rajasthan are high on confidence after their maiden victory, the visitors will also be brimming with confidence with their batsmen Nitish Rana, Andre Russell, Robin Uthappa and Shubhman Gill in top form. Rajasthan bowlers Jofra Archer, Jaidev Unadkat and Ben Stokes have leaked runs in the death overs. They will have to rethink their strategy after Russell's sensational display of power hitting (48 off 13 balls) against Royal Challengers Bangalore. The biggest positive for the Royals has been Sherays Gopal, who, with his googlies, deceived the likes of Virat Kohli, AB de Villiers and Shimron Hetmyer, finishing off with 3 for 12. Despite the victory against RCB, Royals will still look to iron out certain flaws which have plagued them recently.

Where will the RR vs KKR IPL 2019 match be played?

The RR vs KKR IPL 2019 match will be played at Sawai Mansingh Stadium, Jaipur.

What time does the RR vs KKR IPL 2019 match begin?

Which TV channels will broadcast the RR vs KKR IPL 2019 match?

The RR vs KKR IPL 2019 match will be telecast on the Star Sports Network.

How do I watch live streaming of the RR vs KKR IPL 2019 match?

The live streaming of the RR vs KKR IPL 2019 match will be available on Hotstar. You can also catch the live updates on sports.ndtv.com.

Andre Russell
Get the latest updates on IPL 2021, check out the IPL 2021 Schedule and Indian Premier League Live Score . Like us on Facebook or follow us on Twitter for more sports updates. You can also download the NDTV Cricket app for Android or iOS.