Preview: Virat Kohli To Experiment With RCB Combination Against KKR

The last time Royal Challengers Bangalore beat Kolkata Knight Riders was in May 2016 at the Eden Gardens. 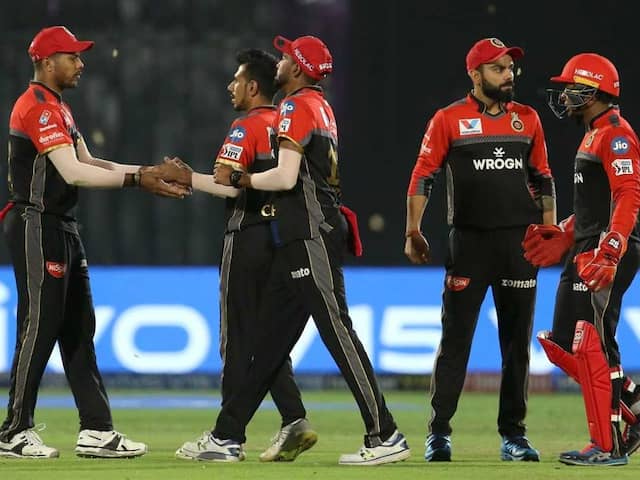 Virat Kohli is expected to make changes in the Royal Challengers Bangalore (RCB) line-up in search of their first win in the Indian Premier League (IPL) 2019, when they host Kolkata Knight Riders (KKR) at the M. Chinnaswamy Stadium in Bengaluru on Friday. The hosts, who have so far failed to win a single IPL title, sit rock bottom in the points table with four straight losses in the ongoing season. Two-time champions KKR have made an impressive start to IPL 2019, winning two out of their three matches, with their only loss coming in the super over against Delhi Capitals.

RCB's performance this IPL has been disappointing, both with the bat and ball, and a dejected captain Kohli has conceded that his struggling team is yet to get the right balance but will continue experimenting with its combinations.

They lost their last game by seven wickets against Rajasthan Royals in Jaipur and now they will be up against a balanced KKR side.

Last time, the RCB beat KKR was in May 2016 at Eden Gardens and they have suffered defeats in their last three encounters against the Kolkata-based side at Chinnaswamy Stadium here.

Despite their struggling form, Kohli and AB de Villiers are nearing personal milestones. Kohli is 17 runs away from becoming the second Indian cricketer after Suresh Raina to complete 8,000 T20 runs and De Villiers is 15 runs short of becoming the second-highest T20 run-scorer for RCB. He has 3,406 runs under his belt.

The bowling department has also been disappointing. Apart from Yuzvendra Chahal, all the other RCB bowlers have not been among wickets and have conceded far too many runs in death overs.

Though KKR lost their last game by three runs in Super Over against Delhi Capitals, their confidence level is still high with their batsmen, including Nitish Rana, Andre Russell, Robin Uthappa and Shubhman Gill, being in top form.

Russell has been in sensational form with his incredible power-hitting ability that helped KKR win two matches. Restricting him will be a challenge for Chahal and company.

Kolkata Knight Riders IPL 2019 Royal Challengers Bangalore vs Kolkata Knight Riders, Match 17 Cricket
Get the latest Cricket news, check out the India cricket schedule, Cricket live score . Like us on Facebook or follow us on Twitter for more sports updates. You can also download the NDTV Cricket app for Android or iOS.