"Who Cares About Purple, Orange Cap, We Got Trophy": Mahela Jayawardene Rousing Speech After IPL Triumph 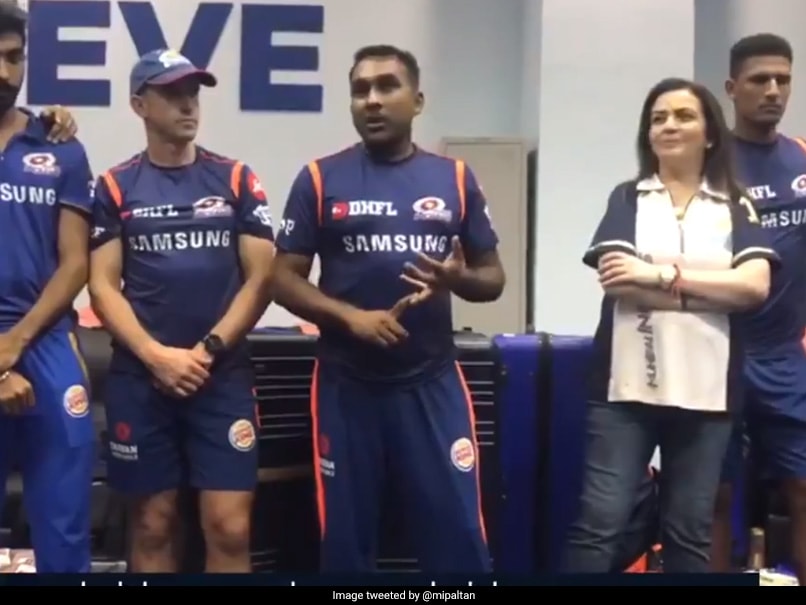 Mumbai Indians won neither the orange cap nor the purple cap in IPL 2019.© Twitter

Mumbai Indians (MI) beat Chennai Super Kings (CSK) by one run in the last-ball thrilling Indian Premier League (IPL) 2019 final in Hyderabad on Sunday. Mumbai Indians won neither the orange cap nor the purple cap as they rode not on individual success but on collective effort to clinch a record fourth IPL title. Following the victory, Mumbai Indians coach Mahela Jayawardene gave a rousing speech to the team, saying who cares about the purple and orange cap when they have got the IPL trophy.

"Today, we never gave up. Yes, we made mistakes but we just keep coming back, that's important. That is the culture you need to create and throughout the season everyone has put their hand up," Jayawardene can be heard saying in the video shared by Mumbai Indians.

Under the captaincy of Rohit Sharma, Mumbai Indians continued a trend of winning the IPL in every alternate year since 2013.

Earlier, MI were tied with CSK with three crowns each to their name.

Skipper Rohit Sharma also scripted history as he became the only player in the history of IPL to win five IPL titles.

He was a part of now-defunct Deccan Chargers, who won the IPL in 2009. Later, Rohit led MI to four titles in alternative years.

In the post-match press conference, Rohit said MI don't rely on individuals to make decisions but on a collective effort from everyone in the team.

Speaking about that final over, Rohit said, "The moment umpire raised his hand, I just ran. It was just a great moment. In the last few overs, we gather and decide collectively as to what we need to do as a team at that particular time. Few of the senior guys in the squad, we always get together between the overs and talk about what we should be doing in the next few overs.

Mumbai Indians IPL 2019 Cricket Mumbai Indians vs Chennai Super Kings, Final
Get the latest updates on IPL Auction 2023 and check out  IPL 2023 and Live Cricket Score. Like us on Facebook or follow us on Twitter for more sports updates. You can also download the NDTV Cricket app for Android or iOS.