CSK have climbed to the top of the IPL 2019 table, with four wins from five matches. KXIP continue to remain on six points. 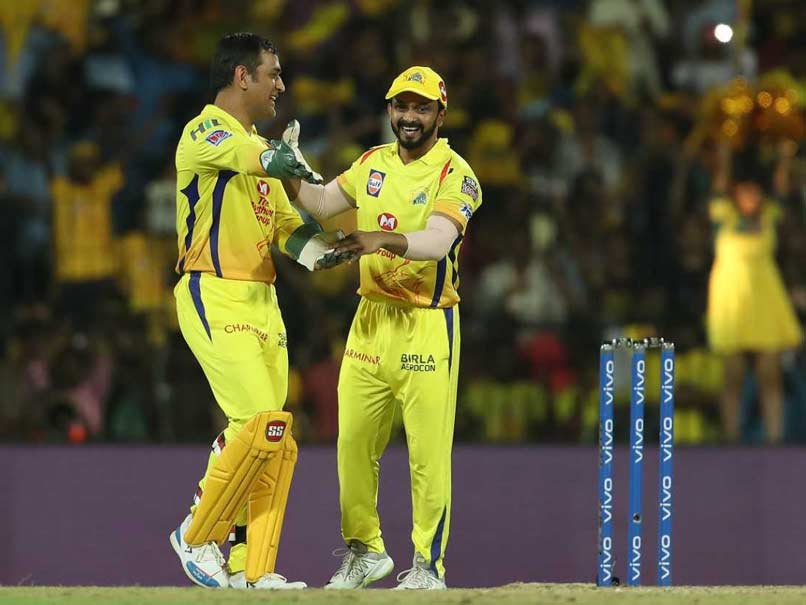 Opener KL Rahul (55 off 47) and Sarfaraz Khan's (67 off 59) laborious efforts went in vain as Chennai Super Kings held their nerves to beat Kings XI Punjab by 22 runs in their Indian Premier League (IPL) clash at the MA Chidambaram Stadium in Chennai on Saturday. With this, CSK have climbed to the top of theIPL 2019 table, with four wins from five matches. KXIP continue to remain on six points from five matches, now having lost two matches. SunRisers Hyderabad may unseat CSK from the top of the table if they beat Mumbai Indians in the second IPL match on Saturday.

However, KXIP spinners - with Ravichandran Ashwin being the destructor-in-chief - bogged down the scoring rate in the middle overs. MS Dhoni came up with a good finish at the end, however, as 44 runs were scored off the final three overs to get the score up to 160.

The KXIP innings got off to a rocky start, with Harbhajan Singh capturing the wickets of Chris Gayle and Mayank Agarwal in the same over.

KL Rahul and Sarfaraz Khan consolidated in the middle part of the innings but ran out of ideas as the spinners choked the scoring rate. They anchored the Punjab innings with a crucial 110-run stand for the second wicket.

However, it was not enough to help them cross the line as Chennai registered their fourth win from five matches.

Harbhajan Singh had given the home team a great start, and his spin colleagues Imran Tahir and Ravindra Jadeja did a great job to restrict the run rate.

With KL Rahul holing out in the deep in trying to deal with the mounting required rate, and David Miller being bowled out by Deepak Chahar soon after, KXIP found themselves in all sorts of trouble at the end, eventually falling short by 22 runs.

Ravichandran Ashwin IPL 2019 Chennai Super Kings vs Kings XI Punjab, Match 18 Cricket
Get the latest updates on ICC T20 Worldcup 2022, check out the Schedule and Live Score. Like us on Facebook or follow us on Twitter for more sports updates. You can also download the NDTV Cricket app for Android or iOS.