IPL 2019,Chennai Super Kings VS Kings XI Punjab Highlights: CSK have now climbed to the top of the IPL table with 8 points from 5 matches 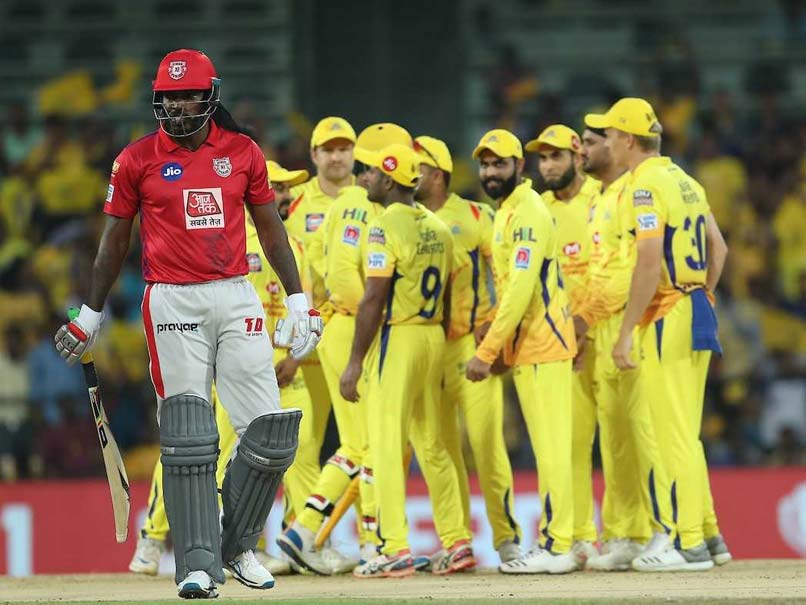 Chennai Super Kings beat Kings XI Punjab by 22 runs in the first of two IPL 2019 matches on Saturday. Chennai Super Kings posted a total of 160/3 in their stipulated 20 overs. CSK captain MS Dhoni won the toss and chose to bat first. Openers Shane Watson and Faf du Plessis gave the home team a good start. However, KXIP spinners - with Ravichandran Ashwin being the destructor-in-chief - bogged down the scoring rate in the middle overs. MS Dhoni came up with a good finish at the end, however, as 44 runs were scored off the final three overs to get the score up to 160. The KXIP innings got off to a rocky start, with Harbhajan Singh capturing the wickets of Chris Gayle and Mayank Agarwal in the same over. KL Rahul and Sarfaraz Khan consolidate in the middle part of the innings but ran out of ideas as the spinners choked the scoring rate. With this, CSK have 8 points from 5 matches and KXIP continue to have 6 points, also having played 5 matches. (SCORECARD)

MA Chidambaram Stadium, Chennai IPL 2019 Chennai Super Kings vs Kings XI Punjab, Match 18 Live Score Live Cricket Score Live Blogs Cricket
Get the latest updates on ICC T20 Worldcup 2022 and CWG 2022 check out the Schedule, Live Score and Medals Tally. Like us on Facebook or follow us on Twitter for more sports updates. You can also download the NDTV Cricket app for Android or iOS.