Mumbai Indians have only one win out of three matches while Chennai Super Kings have won all three played so far. 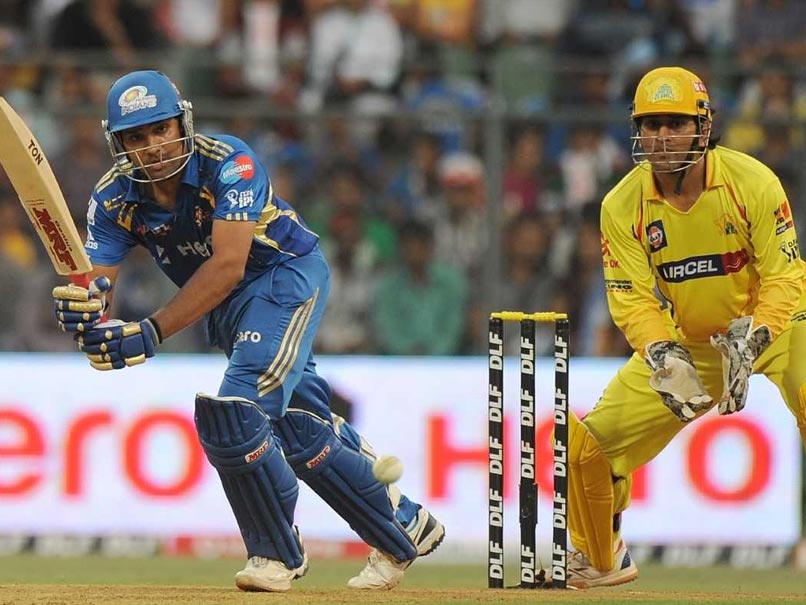 Mumbai Indians (MI) and skipper Rohit Sharma will look to put their best foot forward against MS Dhoni-led defending champions Chennai Super Kings (CSK), who have been unbeaten in the Indian Premier League (IPL) 2019 so far. The two IPL powerhouses, who have record three titles each to their name, will face off in the 15th match of the IPL 2019 at Wankhede Stadium in Mumbai on Wednesday. Having crushed Royal Challengers Bangalore, Delhi Capitals and Rajasthan Royals, CSK established a winning streak, while Mumbai lost two matches to Delhi and Kings XI Punjab and won one game against RCB in the ongoing season.

Recent history in head-to-head clashes is in MI's favour, as the home team has beaten their rivals in four out of the last five contests.

Overall too MI holds a 14-12 advantage over CSK, including once in the defunct Champions T20 League.

However, CSK seem to hold the edge this time around, especially with Dhoni rolling back the years with a typically robust 75 off 46 balls that lifted his team from 27 for three to 175 for five against Rajasthan Royals at home in their last match. With Dwayne Bravo holding off Rajasthan's charge at the end with the ball, CSK maintained their 100 per cent record.

CSK have the edge in batting depth and in spin bowling variety, while Mumbai Indians have the better pace attack on a pitch that is bound to offer bounce and carry. MI are over-dependent on openers Sharma and South African Quinton de Kock. The rest need to step up.

The hosts will have the option of fielding new recruit, West Indian fast bowler Alzarri Joseph, or all-rounder Ben Cutting in place of the off-boil Lasith Malinga.

In the spin department, Mumbai are behind their opponents who have Harbhajan Singh, South African Imran Tahir and Ravindra Jadeja to bank on after the power play.

Rohit Sharma IPL 2019
Get the latest updates on ICC Women's Cricket World Cup 2022 and IPL 2022, check out the Schedule , Live Score and IPL Points Table. Like us on Facebook or follow us on Twitter for more sports updates. You can also download the NDTV Cricket app for Android or iOS.