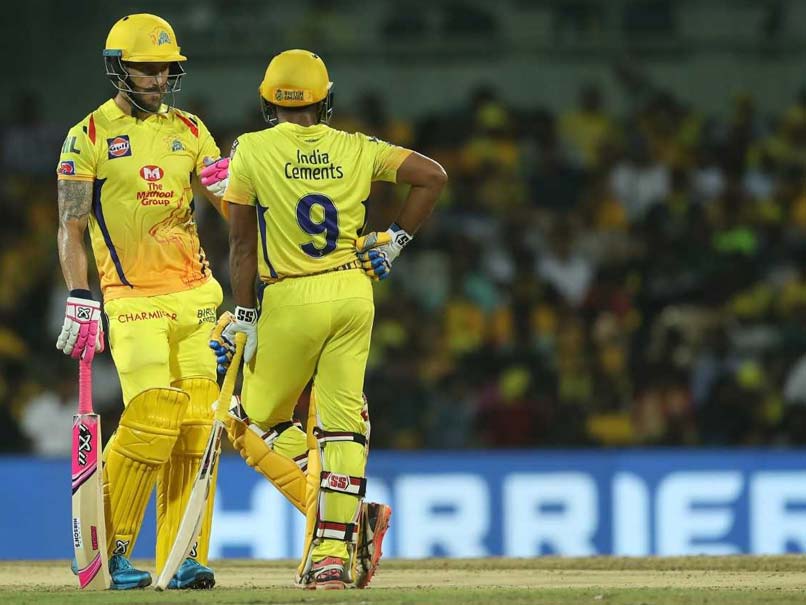 Chennai Super Kings (CSK) defeated Kolkata Knight Riders (KKR) by 7 wickets at the MA Chidambaram Stadium in Chennai. Chasing 109 runs, CSK were given a brisk start by Shane Watson, who scored 17 off just 9 balls. His innings included 2 fours and 1 six. Suresh Raina then departed after scoring 14 off 13 balls (1 four, 1 six). Sunil Narine dismissed both Watson and Raina to put a halt to CSK's run chase. Faf du Plessis and Ambati Rayudu then steadied CSK's run-chase as the duo stitched together a 46-run stand for the 3rd wicket. Rayudu was dismissed for 21 by Piyush Chawla. By then, it was too late for KKR to make a comeback in the game as a composed knock by Du Plessis (43 not out) and the finishing touches by Kedar Jadhav (8 not out, 1 four) took CSK home. With this win, the Dhoni-led side move to the top of the points table (5 wins, 10 points). Earlier, KKR scored a meagre 108/9 in 20 overs. Andre Russell brought up his 6th IPL fifty. He scored an unbeaten on 50 off 44. (SCORECARD)

MA Chidambaram Stadium, Chennai
Get the latest updates on T20 World Cup, check out the T20 World Cup Schedule and Live Score . Like us on Facebook or follow us on Twitter for more sports updates. You can also download the NDTV Cricket app for Android or iOS.