IPL 2019: Kolkata Knight Riders - Five Players To Watch Out For

Kolkata Knight Riders will aim for a third title in IPL 2019. 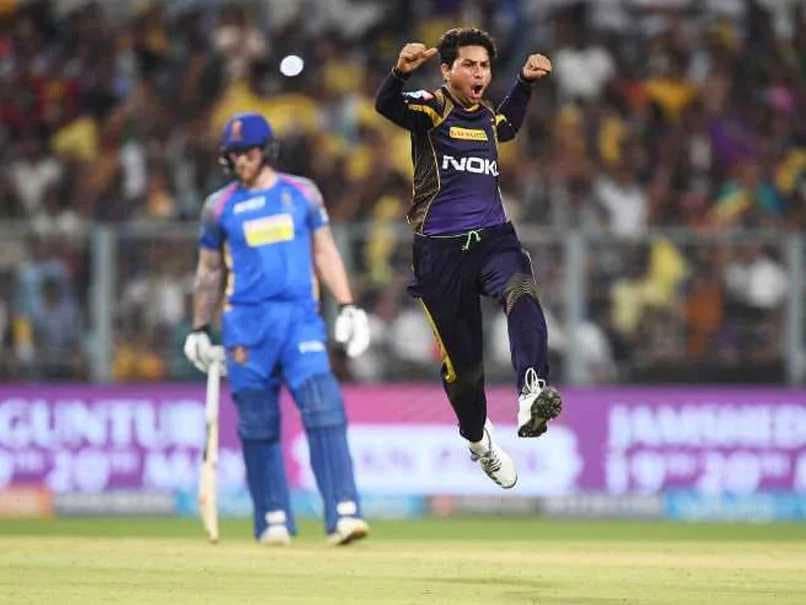 Kuldeep Yadav has picked up 35 wickets in three seasons for KKR.© AFP

Kolkata Knight Riders will aim to equal the tally of record three titles with Chennai Super Kings and Mumbai Indians when the 12th season of the Indian Premier League (IPL) starts on March 23. Even though KKR don't have Gautam Gambhir, who led them to the titles in 2012 and 2014, they have a few players who can win them matches singlehandedly. Dinesh Karthik took the reins of the team in 2018 confidently after Gambhir made his way back to his native franchise Delhi Daredevils, now known as Delhi Capitals.

Ahead of the IPL 2019, let's have a look at five players from the KKR camp who will be under the spotlight.

Leading from the front, Dinesh Karthik was the top run-scorer for KKR in 2018 with 498 runs in 16 matches. Kolkata were defeated by SunRisers Hyderabad in the second qualifier match. The 33-year-old has been one of the most consistent wicketkeeper-batsman in the history of the IPL. Karthik, who carved his way back to the Indian team lately, will look to display best of the skills in IPL 2019 to cement his place in the national team ahead of the ICC World Cup, starting May 30 in England.

Considered as the next big thing in Indian cricket, 19-year-old Shubman Gill will be a player to watch out for in the fresh season. The middle-order batsman debuted in IPL last year and played 13 matches for KKR out of 16 in total. Gill accumulated 203 runs with a highest score of 57 (not out). He recently made his international debut during India's five-match ODI series in New Zealand, which they won 4-1. Gill is expected to play a bigger role for KKR this time as the franchise showed their faith in the right-hander by retaining him well before the IPL 2019 auction.

India's left-arm wrist-spinner Kuldeep Yadav claimed his career-best second rank in the T20 Internationals despite playing a single match in the three-match T20I series in New Zealand. Kuldeep has won matches for India on many occasions. However, it was the IPL that discovered the mystery spinner and KKR deserve fair credit for this. Having played three seasons for KKR, Kuldeep has picked up 35 wickets in 31 matches with a best spell of 4/20 that he claimed last season.

Explosive top-order batsman Chris Lynn grabbed everyone's attention with a remarkable start in the 2017 edition of the IPL. He accumulated 295 runs in seven matches with a highest knock of 93 runs (not out) and cemented his place in the KKR camp. Even though an injury interrupted his progress in 2017, Lynn returned stronger in the next season and smashed 491 runs in 16 matches with a highest score of 74. The 28-year-old batsman is currently going through a great form as he scored 385 runs for Brisbane Heat in 14 matches of the ongoing Big Bash League (BBL).

Sunil Narine is probably the most successful spinner in the history of the IPL. He was adjudged Player Of The Tournament twice in 2012 and 2018. While he guided KKR to the title in 2012 with his bowling, Narine had developed himself into a hard-hitting all-rounder by the end of the last season. He accumulated 357 runs in 16 matches, besides taking 17 wickets in 2018. Narine is coming to the IPL 2019 fresh after a noteworthy outing in the Bangladesh Premier League (BPL), claiming 18 wickets in 15 matches for Dhaka Dynamites.

Sunil Narine Cricket IPL 2019
Get the latest updates on T20 World Cup, check out the T20 World Cup Schedule and Live Score . Like us on Facebook or follow us on Twitter for more sports updates. You can also download the NDTV Cricket app for Android or iOS.