The BCCI and the chief selector earlier said they will keep a close eye on the workload of Team India players during the IPL. 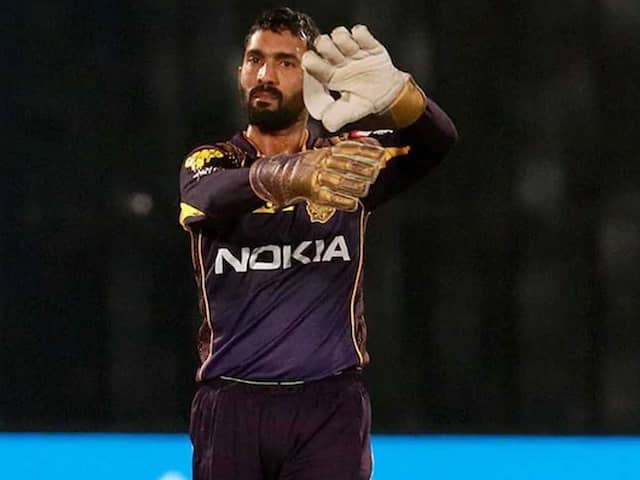 Kolkata Knight Riders (KKR), who won the Indian Premier League in 2012 and 2014, will start their IPL 2019 campaign against Sunrisers Hyderabad at Eden Gardens on March 24. While the Board of Control for Cricket in India (BCCI) announced the initial schedule of the 12th season on Tuesday, KKR CEO Venky Mysore said the franchise hasn't heard anything from the board on "players workload" so far. The BCCI acting secretary Amitabh Choudhary and chief selector MSK Prasad earlier said they will keep a close eye on the workload of Team India players during the IPL, keeping in mind the forthcoming ICC World Cup 2019 in May.

Mysore said they have not got any directive of that sort yet, also expressing confidence that a situation like that will not arise and things will work out well.

"It's a hypothetical situation to be honest. I don't think it will arise because, having been around cricketers and coaches, they always feel that when you're playing competitive cricket it's better than having net sessions and what not," Mysore told reporters.

"The way it plays out, the final is only two teams on May 12. Then in the playoffs... so it is not like everyone involved in the tournament is going to be... depends on which teams make it and all that... I think its all going to work out well," he added.

The World Cup, to be played in the UK from May 30 to July 14, comes close on the heels of the IPL, starting March 23.

"We have not heard any such thing from them. The tournament is finishing early enough. If May 12 is the final, and India plays its first game on June 5, I think there is enough of a gap but we have not had any such guidance or instruction," Mysore said when asked whether they have heard anything from the board yet.

Last November, in a meeting convened by the Committee of Administration (CoA) members Vinod Rai and Diana Edulji and attended by Virat Kohli, Rohit Sharma, Ravi Shastri, Ajinkya Rahane and chief selector Prasad, the India captain had suggested that key pacers like Jasprit Bumrah, Bhuvneshwar Kumar, Mohammed Shami and others in the fray for the World Cup should not play a big part in the cash-rich T20 tournament.

Due to the general elections, IPL games this time might take place at neutral venues as the BCCI might have to do away with the home and away format.

Mysore said there is a "strong possibility" of that happening and as a franchise they would hope that they get to play as many matches as they can at Eden.

"There is a strong possibility of that. From what I hear, they want to have the whole tournament in India. So it could be that there are neutral venues in India rather than neutral venues outside and we are happy with that."

"It is a different year. Let's hope somehow the dates will work out in a way that we have as many games as possible at Eden," he said.

The fixtures of the first two weeks was announced on Tuesday while the rest of the schedule is likely to be announced after the election dates are out.

Dinesh Karthik Cricket BCCI IPL 2019
Get the latest Cricket news, check out the India cricket schedule, Cricket live score . Like us on Facebook or follow us on Twitter for more sports updates. You can also download the NDTV Cricket app for Android or iOS.