Simon Katich is the assistant coach of Kolkata Knight Riders. 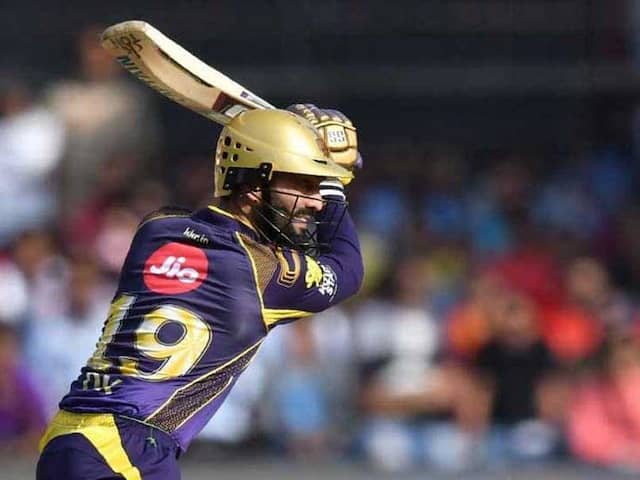 KKR will begin their campaign against Sunrisers Hyderabad on Sunday.© AFP

Kolkata Knight Riders (KKR) will aim for a third title in the Indian Premier League (IPL) 2019, starting on Saturday. Only Mumbai Indians and Chennai Super Kings (CSK) have won the IPL thrice, while KKR were crowned champions twice in 2012 and 2014. Ahead of the fresh season, former Australia batsman and KKR assistant coach Simon Katich has put his bet on KKR's "strongest" line-up to lift the trophy. Praising hard-hitting Windies all-rounder Carlos Brathwaite that KKR roped in for IPL 2019, Katich said: "The big fella (Brathwaite) here has potentially one of the best strike rates in World T20. So in terms of our batting, it's the strongest in the competition."

"We are blessed with a lot of powerful players such as Lynn and Sunil Narine, who is good in the Powerplay. Then we have Robin (Uthappa), Nitish (Rana), DK (Dinesh Karthik) and Shubman (Gill)," he said.

Katich said they would have to assess the conditions ahead of picking the playing XI, as KKR have a host of foreigners who could claim a berth. A maximum of four foreigners are allowed to feature in the playing XI.

"It depends on the opposition and where we are playing. In certain games, there may be a possibility that they will play together potentially. But throughout, our batting line-up has been our real strength.

"Last year, six of our batsmen (Karthik, Lynn, Narine, Uthappa, Russell and Nitish Rana) were inside the top-25 leading run getters in the tournament," he pointed out.

"So we have a very powerful batting line-up. It would be great to see the big fella (Brathwaite) get out there and start swatting sixes like flies at the back-end of the innings," Katich said.

KKR will begin their campaign against Sunrisers Hyderabad at the Eden Gardens on Sunday.

Dinesh Karthik Simon Katich IPL 2019 Cricket
Get the latest Cricket news, check out the India cricket schedule, Cricket live score . Like us on Facebook or follow us on Twitter for more sports updates. You can also download the NDTV Cricket app for Android or iOS.