Kieron Pollard pulled off a great catch to dismiss Suresh Raina during the Mumbai Indians vs Chennai Super Kings Contest. 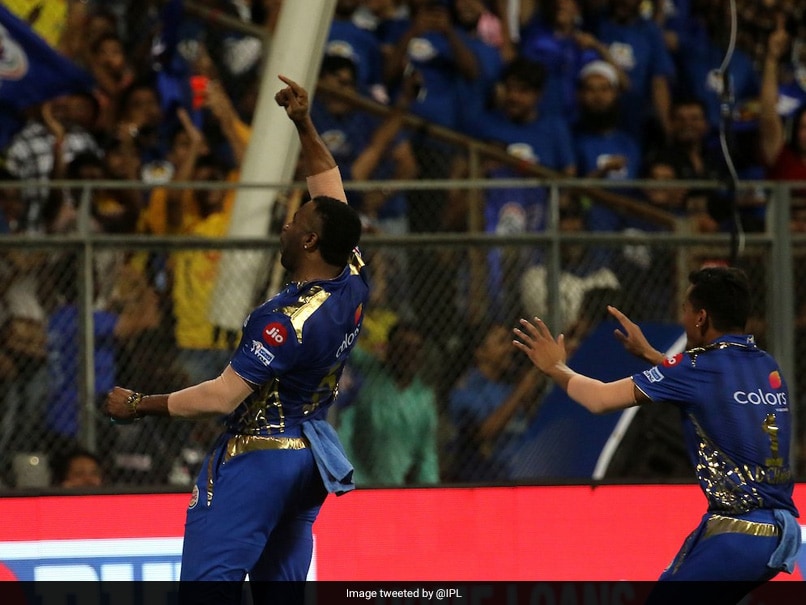 Kieron Pollard, stationed at deep cover, jumped up high in the air to complete the catch.© Twitter

Kieron Pollard is well known for his big-hitting abilities but it was his sensational catch that left Twitter in awe of his acrobatic skills. During an Indian Premier League (IPL) match between Mumbai Indians (MI) and Chennai Super Kings (CSK) on Wednesday, the Windies all-rounder took a stunning one-handed catch to remove Suresh Raina off the bowling of Jason Behrendorff. Raina had already struck two boundaries in the fifth over of CSK's innings and was looking in ominous touch. As the leading IPL run-scorer smashed a delivery outside off stump, Pollard, stationed at deep cover, jumped up high in the air to complete the catch, dismissing Raina for 16.

Watch the stunner for the season here.

That moment when you pluck out a stunner. Pollard, you beauty ????#VIVOIPL pic.twitter.com/fqOuNCFQyl

Pollard's batting form may have dipped this season but not his catching. Here are some reactions.

Helps to be tall! Also helps if you can catch like that! #KieronPollard

Incredible effort by Pollard to dismiss Raina who was just beginning to look threatening. Best catch of the season surely. Perhaps the best ever in the history of the IPL! Mumbai Indians on top!

That catch from Pollard was on another level ?????? This guy is an elite level athlete and proves it time and time again #IPL pic.twitter.com/1yucKNjNPv

That's the difference between @ImRo45 and @imVkohli ...right man at right place ...what a catch kieron Pollard #MIvCSK

As far as the match was concerned, after being put in to bat by MS Dhoni, Mumbai Indians struggled to post a competitive score against the defending champions but a late flourish from Hardik Pandya and Kieron Pollard that helped the hosts set a fighting target of 171.

Kieron Pollard IPL 2019 Mumbai Indians vs Chennai Super Kings, Match 15 Cricket
Get the latest updates on T20 World Cup, check out the T20 World Cup Schedule and Live Score . Like us on Facebook or follow us on Twitter for more sports updates. You can also download the NDTV Cricket app for Android or iOS.