Mumbai Indians have climbed to third on the IPL table, with 8 points from six matches. Kings XI Punjab also have 8 points, but have played 7 matches. 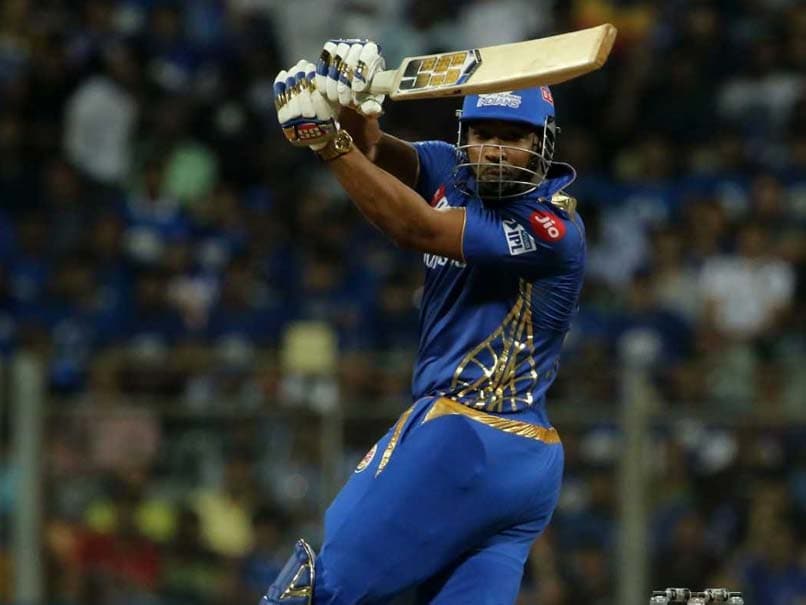 Stand-in skipper Kieron Pollard came up with a 31-ball 83 to take Mumbai Indians to a three-wicket victory in Wednesday's IPL 2019 match against Kings XI Punjab at the Wankhede. Chasing 198 for victory, the home team received frequent setbacks, with Mohammed Shami (3/21 in 4 overs) in particular standing out for the visitors. However, Pollard stood tall even as wickets continued falling around him, preferring to deal in giant sixes. His knock had three fours and ten sixes. His wicket in the last over took the match to a nervy last-ball finish, but Alzarri Joseph won the all-important duel against KXIP bowler Ankit Rajpoot off the last ball to take MI home.

With this victory, Mumbai Indians have climbed to third on the IPL 2019 table, with 8 points from six matches. Kings XI Punjab, who remain on 8 points, have played one additional match and are currently fourth on the table.

In the first innings, a 116-run opening stand by Chris Gayle and KL Rahul took MI by storm at the Wankhede on Wednesday. Gayle's dismissal in the 13th over slowed down the innings but Rahul punished Hardik Pandya by hitting three sixes and a four in the 19th, which yielded them 25 runs. Thirteen came off the final over to boost the total.

Kieron Pollard IPL 2019 Mumbai Indians vs Kings XI Punjab, Match 24 Cricket
Get the latest updates on ICC T20 Worldcup 2022 and CWG 2022 check out the Schedule, Live Score and Medals Tally. Like us on Facebook or follow us on Twitter for more sports updates. You can also download the NDTV Cricket app for Android or iOS.