IPL 2019 schedule for the first two weeks has been announced, Chennai Super Kings will face Royal Challengers Bangalore in the opening match on March 23. 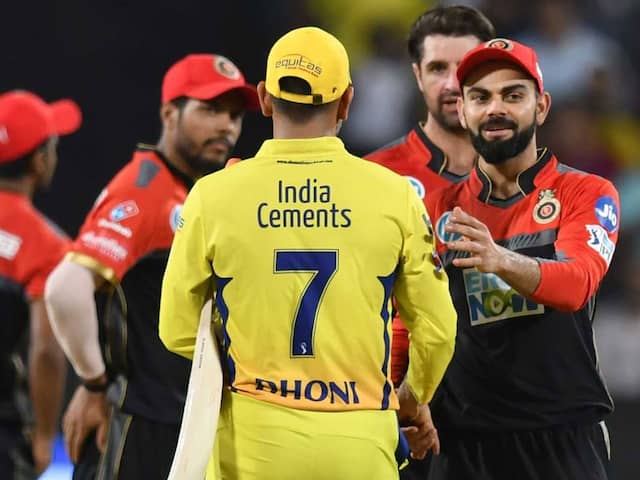 Indian Premier League (IPL) released the schedule for the first two weeks, during which 17 matches will be played, of the 12th season of the cash-rich Twenty20 league. Under the captaincy of MS Dhoni, defending champions Chennai Super Kings (CSK) will face Virat Kohli-led Royal Challengers Bangalore (RCB) in the opening match of IPL 2019 on March 23. According to a statement released by the IPL, the schedule is still subject to the announcement of the Lok Sabha 2019 election dates. The Board of Control for Cricket in India (BCCI) will address any issues, if they arise within the first two weeks of the league, and prepare a schedule for the rest of the season. The board will work closely with the local authorities around the polling dates.

"This is still subject to the announcement of Lok Sabha 2019 election dates. Once the election dates are released we will address any issues with the first two weeks and also prepare a schedule for the remainder of the season working with the local authorities around the polling dates," the IPL said in a release on Tuesday.

On March 24, Kolkata Knight Riders will host Sunrisers Hyderabad in the afternoon encounter of a double header in which Mumbai Indians will take on Delhi Capitals in Mumbai.

Rajasthan Royals and Kings XI Punjab will meet each other in Jaipur to complete the first round of games.

A total of 17 matches will be played during this period of two weeks across the eight home venues of the respective IPL franchises.

MS Dhoni IPL 2019
Get the latest Cricket news, check out the India cricket schedule, Cricket live score . Like us on Facebook or follow us on Twitter for more sports updates. You can also download the NDTV Cricket app for Android or iOS.