Delhi Capitals Strive For Consistency Ahead Of SunRisers Hyderabad Clash

Delhi Capitals contrived to lose a match against Kings XI Punjab which they had no business losing. 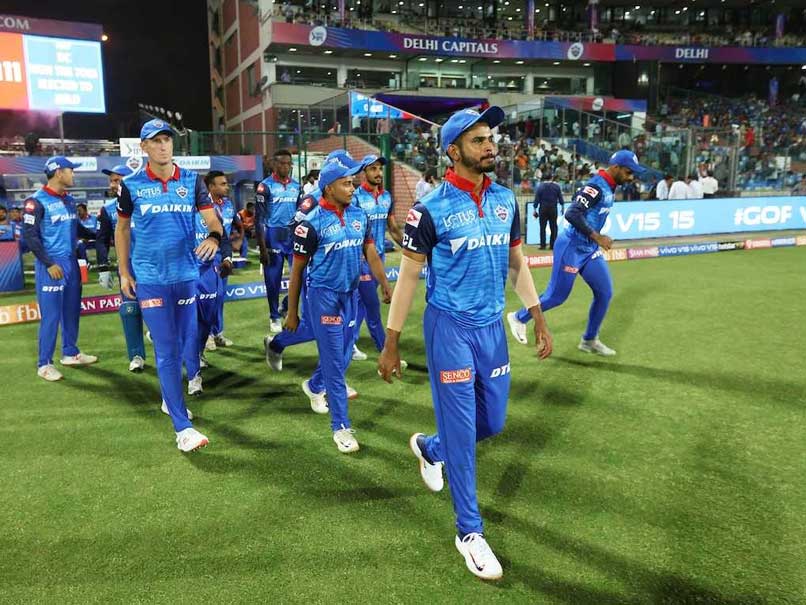 The frailties in Delhi Capitals' (DC) batting line-up were exposed as they suffered a dramatic lower-order collapse against Kings XI Punjab (KXIP) on Monday. Skipper Shreyas Iyer would be hoping to sort out the batting woes and strive for consistency when his team faces a galloping SunRisers Hyderabad (SRH) in their Indian Premier League (IPL) encounter at the Feroz Shah Kotla Stadium on Thursday. A new-look Delhi Capitals, who look rock-solid on paper, made an impressive start to IPL 12 with a superb win over three-time former champions Mumbai Indians but since then their lower-order batsmen have struggled to finish the job. Delhi Capitals are currently fifth on the IPL points table with two wins and as many loses after four games.

On the other hand, SunRisers Hyderabad have been on a roll with back-to-back wins.

The marauding pair of Jonny Bairstow and David Warner smashed centuries as SunRisers Hyderabad inflicted a 118-run defeat on Royal Challengers Bangalore with a destructive display of batting at the Rajiv Gandhi International Stadium on Sunday.

Moreover, Warner and Bairstow have been sharing century-plus opening stands in all their three matches so far.

After a 118-run opening stand against Kolkata Knight Riders (KKR) in a losing cause, Warner and Bairstow continued their dominance up the order with 110-run and 185-run partnerships against Rajasthan and Royal Challengers Bangalore.

After the six-wicket defeat to KKR in their opener, SunRisers roared their way back into the tournament and would be eyeing a hat-trick of wins on Thursday.

However, Delhi Capitals failed to score six runs from the last over against KKR, thus taking the match to Super Over and it was only due to Kagiso Rabada's superb yorkers, they had managed to scrape through in the end.

Delhi Capitals then lost seven wickets for eight runs against KXIP and Iyer would look to plug the holes in the batting line-up to stand a chance of taming SunRisers.

"I am really speechless. Really disappointing. It is a crucial match and losing such matches is not going to benefit us. Mentally we need to train ourselves - we are getting good starts, need to finish better," Iyer had said.

The real contest on Thursday would be between Delhi pacers and SRH's opening pair.

Sunrisers Hyderabad IPL 2019 Cricket Delhi Capitals vs Sunrisers Hyderabad, Match 16
Get the latest updates on IPL Auction 2023 and check out  IPL 2023 and Live Cricket Score. Like us on Facebook or follow us on Twitter for more sports updates. You can also download the NDTV Cricket app for Android or iOS.