Delhi Capitals suffered a big loss against Mumbai Indians in their last match. 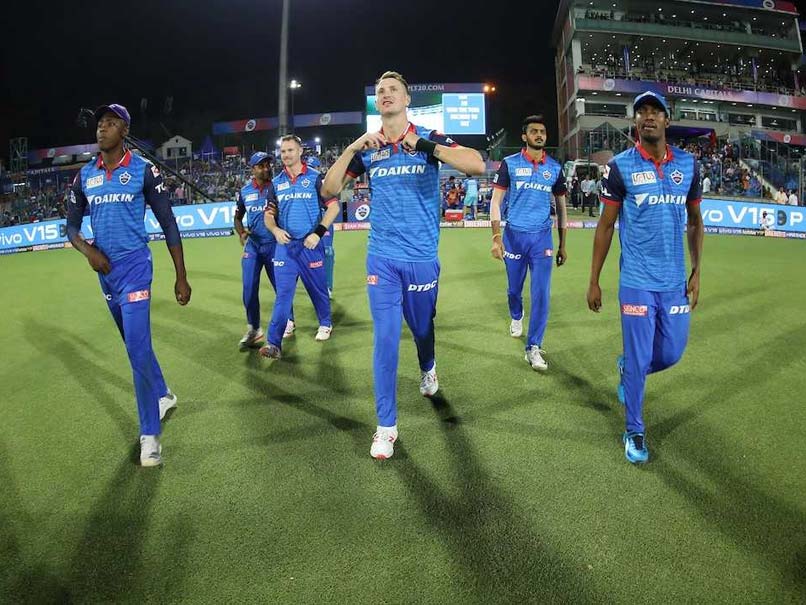 DC vs KXIP: Delhi Capitals will be hoping to overcome jitters at home when they face KXIP.© BCCI/IPL

After three straight wins, Delhi Capitals were brought down to earth by a rampant Mumbai Indians on Thursday. The loss left Delhi Capitals third in the table, joint on 10 points with Kings XI Punjab, their next opponents in Saturday's night game. Delhi Capitals will be hoping to return to winning ways but their record this season at the Feroz Shah Kotla doesn't bode well for the hosts. Delhi have played four matches at home in IPL 2019, winning just one -- a Super Over victory over Kolkata Knight Riders. Delhi's four other wins this season have been away from home and that would be something Kings XI Punjab would be hoping to take advantage of.

But Kings XI Punjab themselves have been shaky travellers. Away from the home comforts of Punjab Cricket Association IS Bindra Stadium in Mohali, KXIP have won just one match, losing three on the road.

After years of underwhelming performances in the Indian Premier League (IPL), the Delhi franchise finally have more than a chance to reach the playoffs.

Standing in their way will be mid-table team Kings XI Punjab, who are also eyeing the title that has so far remained elusive.

Ravichandran Ashwin's outfit will not be short on confidence, having easily beaten Rajasthan Royals three days ago.

The likes of Chris Gayle, KL Rahul, David Miller and Mohammed Shami will look to capitalise on Delhi's miserable record at home, and with Ashwin leading from the front, it may not be an improbable task for the confident visiting team.

Rishabh Pant will again be in focus after his fiercely-debated India World Cup 2019 team exclusion, having failed in Thursday's defeat at the hands of Mumbai Indians.

Disappointed at being ignored for the showpiece event, the highly-rated young wicketkeeper-batsman will certainly look to prove a point.

Smarting from the onslaught by the Pandya brothers -- Hardik and Krunal, who smashed 54 runs in the last 19 balls on a slow pitch, the Delhi bowlers will hope for a better outing at the death.

In batting, the onus will be on senior pro Shikhar Dhawan to lay the foundation, and he will have the talented Prithvi Shaw at the top of the order.

After suffering their third defeat in four outings at Kotla this season, skipper Shreyas Iyer had said, "It's really important for us to win home games, especially on these tracks.

"Unfortunately we lost the toss, and we got outplayed in all three departments. We practice on the pitches that are also slow. But when you come here, it's totally different. We have to get used to these conditions."

Ravichandran Ashwin IPL 2019 Delhi Capitals vs Kings XI Punjab, Match 37 Cricket
Get the latest updates on T20 World Cup, check out the T20 World Cup Schedule and Live Score . Like us on Facebook or follow us on Twitter for more sports updates. You can also download the NDTV Cricket app for Android or iOS.