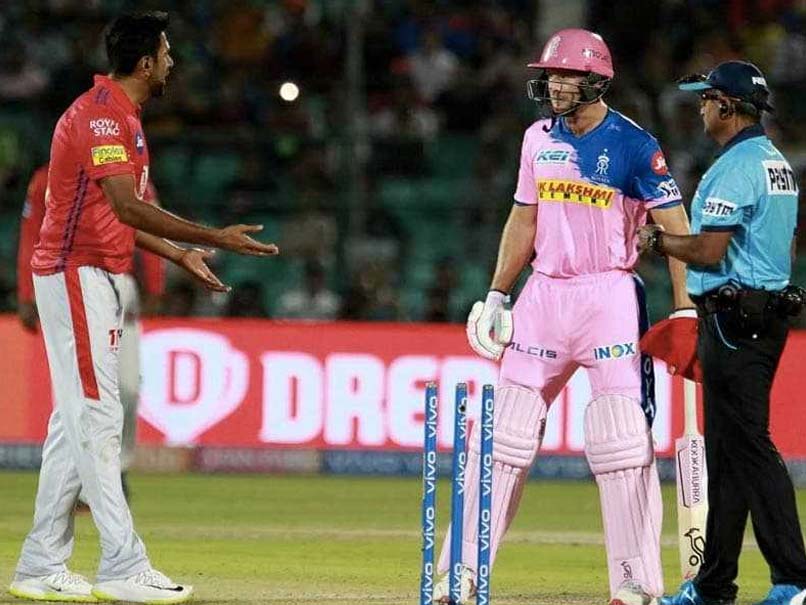 Dale Steyn is the latest cricketer to troll Ravichandran Ashwin on the 'mankad' controversy.© BCCI/IPL

Ravichandran Ashwin's stance on 'mankad' has made him sort of a torch-bearer for this mode of running out the batsman at the non-striker's end. While he has received a lot of flak from all quarters, Ashwin has stuck to his guns that 'mankading' is not against the spirit of the game. Ashwin, though, continues to be trolled whether it be Shikhar Dhawan doing a bizarre dance to counter the off-spinner's 'mankad' threat or cricketers taking to Twitter to troll the Kings XI Punjab captain. Dale Steyn is the latest cricketer, who took to the social media platform and trolled Ashwin on the 'mankad' controversy.

Replying to a tweet that said "how good will it be to have jofra archer , Jasprit Bumrah , Kagiso Rabada , Imran Tahir and R Ashwin as your bowling attack in an ipl team", Dale Steyn decided to have some fun at Ashwin's expense.

Someone have to tell @ashwinravi99 that you can take wickets by bowling also.....he is interested in non-striker instead of striker.....I think this is 4Dimensional.@IPL @BCCI @ICC @cricketworldcup

Sarcasm at its best !

On Saturday night, Ashwin threatened to 'mankad' Shikhar Dhawan during the DC vs KXIP IPL 2019 match at the Feroz Shah Kotla.

The incident took place in the 13th over of Delhi Capitals' chase. To be fair to Shikhar Dhawan, the left-hander was well inside the crease when Ashwin abruptly stopped in his run-up and made a small-action as if to 'mankad' Dhawan.

The Delhi Capitals opener was having none of it and bent down on one knee to display his annoyance. A visibly irritated Dhawan then mocked Ashwin as he ran up to deliver the next ball by doing a bizarre dance.

Here is a clip of the entire incident:

Besides mocking Ashwin, Dhawan played a crucial role with the bat in Delhi Capitals' chase against Kings XI Punjab.

The Indian opener scored 56 off 41 balls that included a 92-run second-wicket partnership with skipper Shreyas Iyer, who anchored the innings with an unbeaten 58 off 49 balls.

Ravichandran Ashwin IPL 2019 Cricket
Get the latest updates on ICC T20 Worldcup 2022 and CWG 2022 check out the Schedule, Live Score and Medals Tally. Like us on Facebook or follow us on Twitter for more sports updates. You can also download the NDTV Cricket app for Android or iOS.