The last time RCB won against CSK in the IPL was in 2014, while the last time they won at the Chepauk was in 2008. 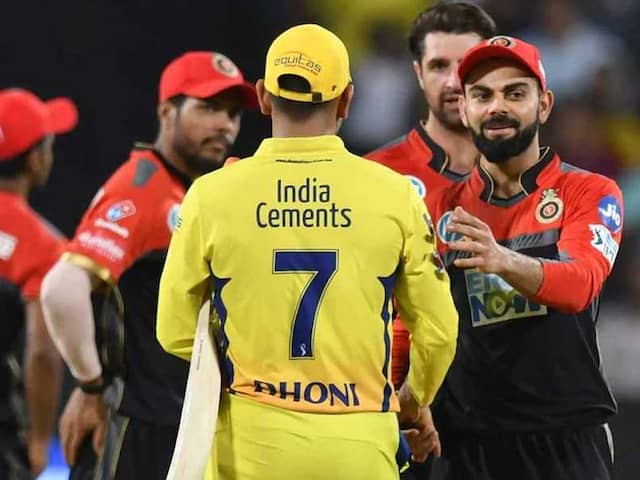 The Indian Premier League 2019, the twelfth season of India's showpiece T20 tournament, gets underway with a mammoth clash on Saturday. For the opening match, Royal Challengers Bangalore (RCB), led by India captain Virat Kohli, travel to the Chidambaram Stadium in Chennai, home of numerous glories for Chennai Super Kings (CSK), the team led by former India captain MS Dhoni. CSK are making a return to their favourite stadium. Banned for two years till 2017, CSK were forced to play all but one home match in Pune last season, with protests over the Cauvery water dispute having forced the BCCI to shift matches out of Chennai.

CSK seemed to break little sweat in getting back to winning ways immediately upon returning to the IPL fold last season, and will be looking to continue in the same vein this year.

CSK have won the last six ties between the two teams. The last time RCB won against CSK was in 2014, while the last time they won at the Chepauk was in 2008.

The only apparent weakness for the home team could be a paucity of pace bowling resources. Lungi Ngidi's injury has come as a blow, and with David Willey set to join the squad later, Shardul Thakur and Mohit Sharma can be expected to shoulder responsibilities with the new ball. Shane Watson and Dwayne Bravo are the other seam bowling options CSK can call upon.

CSK's strength, considering the traditional spin-friendly nature of the Chepauk, will be their slower bowling department though. Ravindra Jadeja and can be considered a certainty in the team, while the other options they have are Imran Tahir, Mitchell Santner, Karn Sharma and Harbhajan Singh. Tahir, Santner and Faf du Plessis are scheduled to join the CSK camp on Friday, and we will have to wait and see whether they are immediately pushed into action against RCB.

In the batting department, Kedar Jadhav and Ambati Rayudu will be looking to seal their places in the World Cup squad. All eyes, of course, will be on two favourite home boys, MS Dhoni and Suresh Raina, the two highest scorers at the ground.

For RCB, statistics do not paint a positive picture. Despite a bright start, they finished sixth on the table last season. With some criticism having been directed towards Virat Kohli's captaincy in India colours in recent times, the heat is on him to lead RCB to a good finish this time.

Considering that the first match of the season could well be a low scoring match dominated by spinners, as evinced from past matches in the venue, RCB could depend heavily on Yuzvendra Chahal, with one or more of Moeen Ali, Pawan Negi, Gurkeerat Singh and Washington Sundar chipping in with useful overs. Nathan Coulter-Nile, Umesh Yadav and Mohammed Siraj are the fast bowlers in RCB who have a point to prove in terms of World Cup selection.

On proof of the two squads, this match could go down to being a battle between RCB's big hitters and CSK's run containers. Kohli and AB de Villiers will draw the loudest cheers when RCB come out to bat, but also keep an eye on Shimron Hetmeyer, Heinrich Klaasen or Colin de Grandhomme to send some fireworks into the Chennai sky.