Mumbai City FC climbed to the fourth spot in the table, while Delhi Dynamos are rooted to the bottom without a win to their name. 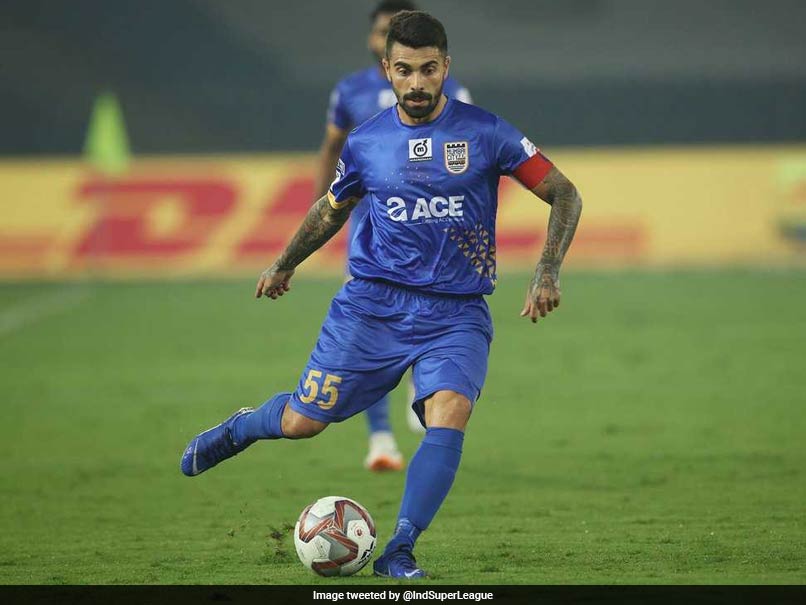 Mumbai City FC turned the match on its head in the second session and consigned Delhi Dynamos to their sixth defeat in the Indian Super League (ISL) season with a 4-2 victory at the Jawaharlal Nehru stadium in New Delhi on Monday. Last year, this fixture had produced six goals, with Delhi winning 5-1. It produced six goals again but Mumbai had the last laugh this time around. A Souvik Chakraborty's own-goal (3') had given Delhi the lead before Mumbai turned it around in the second-half through a Rafael Bastos penalty (49') and an own goal from Marti Crespi (61'). Gianni Zuiverloon (64') restored parity for Delhi but Raynier Fernandes (69') and Paulo Machado (80') put the result beyond any doubt for the visitors.

The victory sees Mumbai climb the fourth spot in the table, while Delhi Dynamos are rooted to the bottom without a win to their name.

It took an own goal from Souvik to put Delhi ahead when a cross from Lallianzuala Chhangte was deflected into the back of the net. They could have doubled the lead in the 17th minute when Chhangte crossed from the left for Nandhakumar but the winger's shot was aimed skywards.

Delhi were lucky to survive midway into the first-half when Rafael Bastos' right footed goal-bound effort was fisted away by goalkeeper Albino Gomes.

Mumbai struggled to get a foothold into the game especially in the middle of the park and coach Jorge Costa replaced Milan Singh to bring on Raynier Fernandes.

For all of Delhi's possession, they only had one shot on target which was through an own goal.

Mumbai started the second-half well, though. In the 49th minute, Delhi captain Pritam Kotal was guilty of handling a shot from Bastos. The Brazilian made no mistake from the spot and helped Mumbai equalize to make it 1-1.

Just at the hour mark, Bastos played a brilliant through-ball for Sougou, but Crespi just about managed to clear the danger.

Mumbai took the lead in the 61st minute as Crespi scored an own goal. This was after Paulo Machado's cross was looped into the far corner by Crespi as a desperate Gomes tried to keep the ball out but to no avail.

Three minutes later, Delhi restored parity. Rene Mihelic's free-kick was expertly headed into the net by Zuiverloon. But it all went downhill for Delhi from then on.

Paulo Machado was the tormentor-in-chief as his square ball into the box was brilliantly steered in by Raynier to put Mumbai ahead again in the 69th minute.

Mumbai continued their ascendancy and got another in the 80th minute. Arnold Issoko broke forward on the right wing before picking out Machado's lung-bursting run into the box. The Portuguese midfielder turned it in from close-range to put the game to bed.