Coronavirus: ISL Final In Goa To Be Held Behind Closed Doors Due To Virus Fear

The final of Indian Super League (ISL), scheduled to be held in Goa on March 14, will take place behind closed doors. 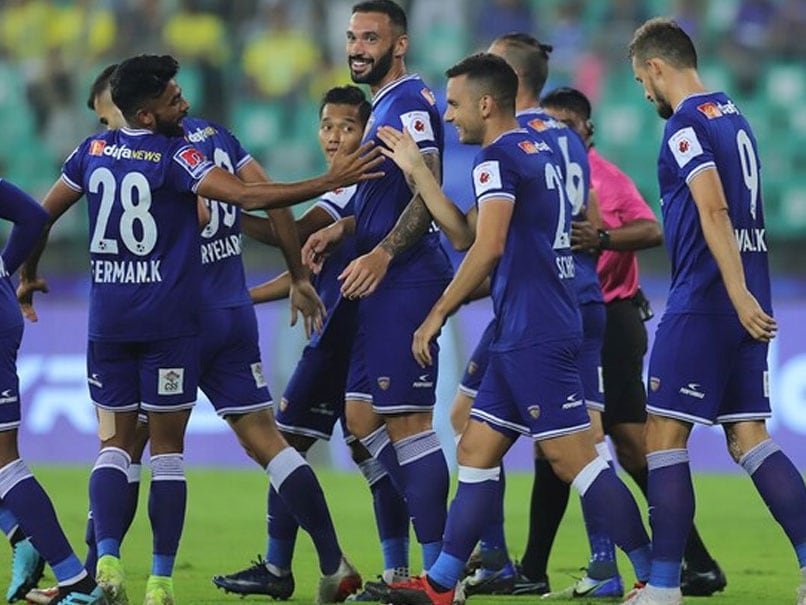 The Indian Super League (ISL) final between ATK FC and Chennaiyin FC on March 14 will be played without any spectators at the Jawaharlal Nehru Stadium at Margao due to the COVID-19 pandemic, the organisers said on Thursday. Owing to the current preventive measures advised by the Sports Ministry, league organisers Football Sports Development Limited (FSDL) has decided to hold the season's final behind closed doors. FSDL said the decision was taken in view of the health and safety of players, fans and support staff.

Decision taken in view of the health and safety of players fans and staff.

"Upcoming Hero Indian Super League 2019-20 Final on Saturday, March 14, 2020, between ATK FC and Chennaiyin FC, will now be played behind closed doors at the Jawaharlal Nehru Stadium, Fatorda, Goa," the ISL organisers said in a statement.

"...ensure that no public gathering takes place in any sporting event. In the event the sporting event cannot be avoided, the same could be done wihout allowing gathering of people, including spectators," read an order from the Sports ministry.

Seeking a hat-trick of titles, ATK reached this season's final after beating defending champions Bengaluru FC 3-2 on aggregate in the semifinals over two legs.

Chennaiyin FC, who had won the title in 2015, had beaten FC Goa 6-5 on aggregates to reach the summit clash.

This is the second time that an ISL match will be played in an empty stadium after this year's game between NorthEast United FC and Bengaluru FC was held behind closed doors in Guwahati in the wake of the protest against the Citizenship Amendment Act in Assam.

The government on Wednesday suspended all visas, barring a few categories like diplomatic and employment, in an attempt to prevent the spread of coronavirus as cases across India rose to more than 60.

The Coronavirus outbreak, declared a pandemic by the World Health Organisation (WHO) on Wednesday, has led to more than 4,000 deaths globally.

FSDL said it will soon initiate the process of ticket refunds and an announcement will be made through Hero ISL channels. The final match will be telecast live on Star Sports, Hotstar and Jio TV.

Chennaiyin FC Indian Super League Football
Get the latest updates on IPL Auction 2023 and check out  IPL 2023 and Live Cricket Score. Like us on Facebook or follow us on Twitter for more sports updates. You can also download the NDTV Cricket app for Android or iOS.