In his stipulated four overs, Basil Thampi gave away 70 runs at an economy rate of 17.50. 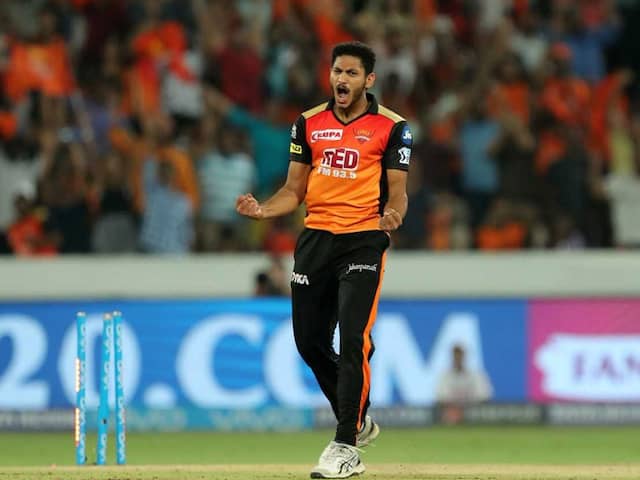 Basil Thampi gave away 70 runs in his four overs© BCCI

SunRisers Hyderabad boast of a formidable bowling line up in this season of the Indian Premier League (IPL). Death bowling has remained their forte as they have defended low totals numerous times this edition. However, on Thursday night, against Virat Kohli's Royal Challengers Bangalore (RCB), SRH and Basil Thampi, in particular, had a day to forget. In his stipulated four overs, Thampi gave away 70 runs at an economy rate of 17.50. Thampi now has the dubious distinction of bowling the most expensive spell in the IPL's history. With this unwanted record, he has now overtaken his former SRH team-mate Ishant Sharma who had given 66 runs against Chennai Super Kings in 2013 at the Rajiv Gandhi International Cricket Stadium.

Thampi's pace and discipline has been praised in the past and he is known for his effective death bowling but it wasn't his night at all against RCB. Barring Rashid Khan (3/27), the three pacers Sandeep Sharma (1/40), Siddarth Kaul (2/44) and Thampi (0/70) were at the receiving end of some power-hitting by the RCB batsmen.

Riding on AB de Villiers' (69) and Moeen Ali's (65) heroics with the bat, RCB went onto post 218/6 in their 20 overs. Colin de Grandhomme (40) also added to the SRH bowlers' misery, hitting 4 massive sixes and a solitary boundary.

Chasing a huge total, SunRisers tried their best to achieve the target but eventually fell short by 14 runs. Skipper Kane Williamson continued his sublime form, hitting 81 runs and he was ably supported by middle-order batsman Manish Pandey (62 not out). In the end, RCB's 218 was too much for table-toppers SRH.