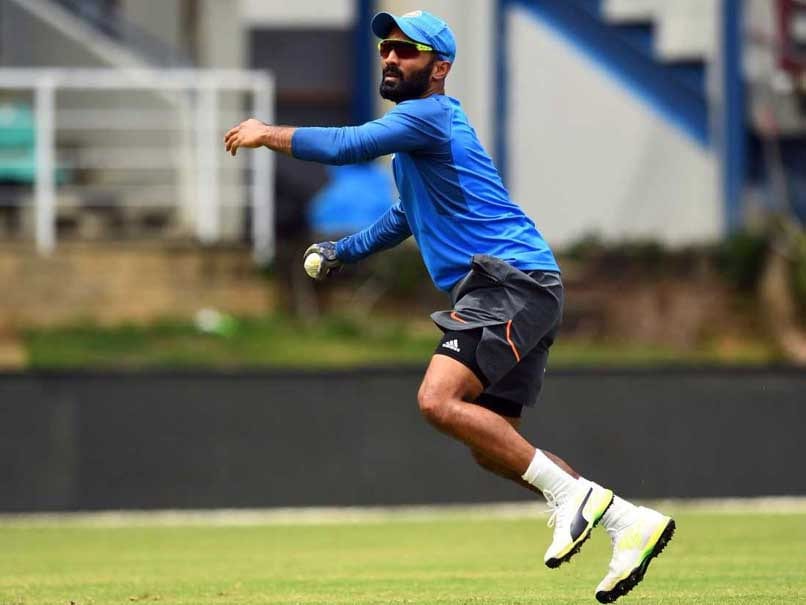 Kolkata Knight Riders pacer Vinay Kumar has backed new skipper, Dinesh Karthik, whose fortunes swung remarkably when he played the knock of his life, smacking 29 off eight balls for India to win the Nidahas Trophy, saying that the wicket-keeper will make an excellent leader. KKR did not retain their two-time IPL winning skipper Gautam Gambhir who went to Delhi Daredevils and handed the baton to Karthik instead. "He did not lead many matches for Tamil Nadu, but that does not mean he's not a good leader. He's a very good leader, hopefully, he will do well. We have many seniors, have to help each other," Vinay Kumar, a former Karnataka skipper, told reporters after practice here.

"He's really a good guy. I've played most of my cricket with him or against him. The way he played for India in the final was amazing," he said referring to his knock in Sri Lanka.

"From nowhere he took the game and finished the game. He's a very nice guy and will definitely do well for KKR. I look forward, it's all about play as a team."

Talking about Decision Review System (DRS) which will be introduced from this season in the IPL, Vinay said: "It will be good for teams. In the Ranji Trophy teams suffered due to poor umpiring. I don't blame the umpires they are humans. But DRS will surely help."

KKR will have a lot of youngsters this time beginning with three U-19 World Cup winners in Shivam Mavi, Shubman Gill, and Kamlesh Nagarkoti.

"They have not played any IPL matches but that doesn't mean they are not good. Everybody has to perform well. Youngsters will bring in more energy on the field. They are good enough, that's where they are here."

"It's very important to share your knowledge with them. Whatever I've learned I want to make sure that these guys are benefited, and in a right frame of mind to deliver. I will give them the right space to do well," Vinay said.

About coming back to KKR, Vinay said he is happy to be here and the men in purple have a great bowling unit.

"It's a great feeling coming back to KKR. I was a part of KKR four years back when we won the tournament. I'm really happy to be back."

"We have a very good bowling lineup with (Mitchell) Starc, (Sunil) Narine, (Mitchell) Johnson, I'm really excited. I will see how it goes."

"I'm preparing myself fully. I will give my best when I'm given an opportunity," he signed off.

Comments
Topics mentioned in this article
Kolkata Knight Riders Vinay Kumar Dinesh Karthik Indian Premier League 2018 Cricket
Get the latest updates on IPL Auction 2023 and check out  IPL 2023 and Live Cricket Score. Like us on Facebook or follow us on Twitter for more sports updates. You can also download the NDTV Cricket app for Android or iOS.