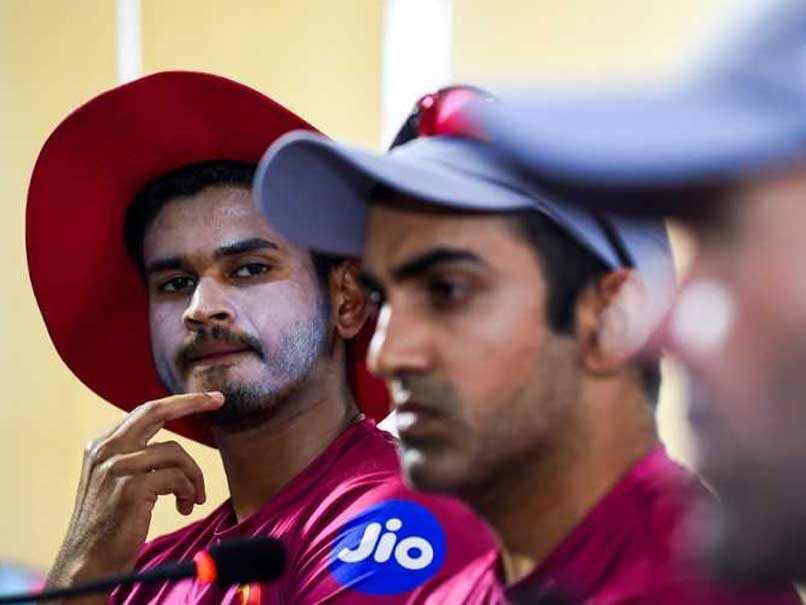 Delhi Daredevils' IPL 2018 campaign is in complete shambles with just a solitary win to their name in six matches. The dreadful start to the season had a devastating impact on Gautam Gambhir. The former Kolkata Knight Riders skipper resigned as captain of the Delhi Daredevils on Wednesday with young Shreyas Iyer being given the responsibility of changing Delhi's fortunes. Iyer's first challenge will be in the form of Gambhir's former team KKR. The Dinesh Karthik-led outfit themselves have been a mixed bag this season and currently lie in fourth spot with three wins in six games. (Play Fantasy Cricket & Win Lakhs everyday!)

The Feroz Shah Kotla will witness it's second game of the season and Iyer will be hoping to give the Delhi fans something to cheer about. (POINTS TABLE)

It remains to be seen whether Gambhir will be selected to be part of the playing XI. Part of Delhi's problems this season has been their poor starts. Delhi's former skipper has managed just 85 runs in six matches and this has led to excessive pressure on the Delhi middle-order.

The hosts are now in a desperate position where they need to win seven of the remaining eight matches to be in play-offs contention.

The 23-year-old Iyer is faced with the enormous task of turning it around for the team as a leader.

The young batsman showed that he has the heart for a fight when he took it upon himself to steer the side against Kings XI Punjab.

He almost pulled it off but fell short by one big shot. However, it was a performance which indicated that he is not averse to taking responsibility, which is the need of the hour for the Daredevils.

The Daredevils have not been particularly lucky on the fitness front either with Jason Roy (side strain) and Chris Morris (back problem) recovering.

The only game Daredevils have won so far was shaped by Roy's unbeaten whirlwind knock of 91 on debut.

A big player that is yet to get going for them is Australian all-rounder Glenn Maxwell.

Maxwell has scores of 17, 13, 47, 4 and 12 so far and it is absolutely imperative for the Daredevils that he regains his form.

On the other hand, KKR are also struggling a bit with their bowling. But what has worked reasonably well for them is their batting. Their willow-wielders have been contributing consistently, twice taking the side past the 200-mark but bowlers have struggled to defend even big totals.

KKR have won three matches and lost as many to sit fourth in the table.

The last time the two sides clashed, it was KKR which dominated by putting 200 runs on the board to win by a comprehensive 71-run margin.

It's a spin-heavy attack for KKR with Sunil Narine, Kuldeep Yadav and Piyush Chawla doing the bulk of the job.

The slow conditions at the Feroz Shah Kotla are likely to suit this combination while the young Shivam Mavi and England's Tom Curran would spearheading the pace attack.

Australian quick Mitchell Johnson has got only two games so far.

Andre Russell has done a fine all-round job for them and the West Indian continues to be a vital cog for them. His brute power would be of immense use on Kotla pitch where the ball may not come on to the bat easily. The conditions will testing for KKR batsmen.

Comments
Topics mentioned in this article
Delhi Daredevils Kolkata Knight Riders Shreyas Iyer Gautam Gambhir Dinesh Karthik Indian Premier League 2018 Cricket
Get the latest updates on India vs South Africa and check out  Schedule, Results and Live Score. Like us on Facebook or follow us on Twitter for more sports updates. You can also download the NDTV Cricket app for Android or iOS.