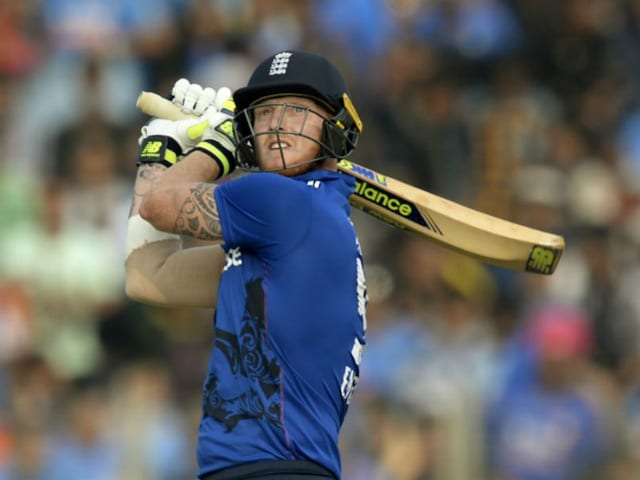 Ben Stokes has become the most expensive overseas player ever in IPL.© AFP

Ben Stokes became the most expensive foreign player in IPL history when he was bagged by Rising Pune Supergiants for a whopping figure of Rs. 14.5 crore at the IPL players' auction in Bengaluru on Monday. Quite a few unheralded Indian domestic players also made their mark at the auction, while a few big names like Ishant Sharma, Irfan Pathan and Imran Tahir found no takers during the auction. Tymal Mills, on the other hand, was bagged by Royal Challengers Bangalore for a figure of Rs. 12 crore.

A total of Rs 91.15 crore was collectively spent by the eight franchises to buy 66 players from a pool of 350 plus that went under the hammer. The ascent was clearly on Indian players with as many as 39 of them bagging contracts while 27 overseas players came into the franchises' roster.

Also making a splash was young Afghanistan leg-spinner Rashid Khan Arman, who stunned one and all by getting a Rs 4 crore (USD 600,000) bid from Sunrisers Hyderabad, and spin-bowling all-rounder Mohammed Nabi, also going to SRH. The duo will be the first set of Afghan players to take part in the lucrative league.

The uncapped Indian players had a field day too with little-known Tamil Nadu left-arm seamer T Natarajan going for Rs 3 crore (USD 448,000) to Kings XI Punjab, a 30-fold hike over his base price of Rs 10 lakh.

Hyderabad pacer Mohammed Siraj got a deal of Rs 2.6 crore from his local franchise -- the Sunrisers Hyderabad.

Rajasthan's left-arm pacer Aniket Chaudhary, who has been a net bowler with the Indian Test squad for some time, also bagged a cool Rs 2 crore (USD 298,000) deal from RCB.

For left-arm spinner Pawan Negi, it was another hefty pay day as he bagged a Rs one crore deal from RCB starting at a base price of Rs 30 lakh.

It was definitely much less than last year when Negi's Rs 8.5 crore deal with Delhi Daredevils had surprised one and all. But being an Indian player proved to be his advantage.

Among the prominent international players, who failed to find takers, was South African spinner Imran Tahir, currently ranked No.1 in the ICC list for ODI and T20 bowlers.

The day certainly turned out to be a good one for the England players with Stokes hogging the limelight but Mills wasn't far behind either.

Both Stokes and Mills entered the million-dollar bracket with the former fetching USD 2.16 million and the latter going for USD 1.8 million.

Even Chris Woakes, with Rs 4.2 crore (USD 627,000) deal from KKR, had a good day. Hard-hitting Jason Roy, after going unsold in the first round of bidding, was picked up during the second round by Gujarat Lions at a base price of Rs 1 crore.

Pune owner Sanjeev Goenka made it clear that they knew Stokes would go for a big price and they are also prepared for the fact that he will not be available to play the full tournament.

"We knew he was going to be expensive. We do believe he is going to be there for the first 14 games and right now we are focussing on first 14, and we are very happy with this. We pretty much knew, we are not going to get him below this price," Goenka told reporters here.

Interestingly, Stokes' limited-overs captain Eoin Morgan was taken at a base price of Rs 2 crore (USD 298,000) by Kings XI Punjab.

With capable seam bowling all-rounders coming at a premium, Stokes was in the wish-list of five franchises, who engaged in tough bidding for the player, who is now revered as the world's top all-rounder.

The 25-year-old, who hasn't played franchise cricket till date, has a career strike rate of 134 plus while batting and a moderate bowling economy rate of 8.60 in 77 matches.

Mills, on the other hand, has played 55 Twenty20 matches, fetching 63 wickets with a reasonably good economy rate of 7.47.

'Smith, Flemming were part of decision'

Asked whether Pune skipper Steven Smith was consulted in bidding for Stokes, Goenka said everyone including Stephen Fleming have been a part of the decision.

"Steven Smith and Stephen Fleming, everyone has been a part of this decision. This is a very collective and collaborative decision. We actually didn't go for individuals. We looked at the spots and gaps to fill and we did exactly that.

"We needed this kind of an all-rounder in our team. We are reinforcing our core, our playing XI and you would see the rest of the strategy as the day unfolds," Goenka explained.

The first round of bidding for Stokes saw Mumbai, Delhi and RCB match each other till it reached Rs 10.50 crore after which the Reliance-owned franchise pulled out.

Delhi and Bangalore continued to bid before Sunrisers entered the fray. But just when it looked that Stokes would go for around Rs 12.5 crore, Pune entered the fray and clinched the deal.

For left-armer Mills, who bowls at 90 mph, what got RCB going was the search for a replacement for Mitchell Starc, who pulled out of the IPL yesterday.

"Bangalore has a very small ground. It favours batsmen --the average first innings score was 199, and second innings was 190 and therefore, we really needed bowlers, especially with Mitchell Starc's unavailability this edition, and therefore Tymal Mills was a great buy. He suits the playing conditions in Bangalore," RCB chairman Amrit Thomas told reporters.

Mumbai Indians owner Nita Ambani said that her team was not disappointed despite going deep into the bidding battle for both Stokes and Mills.

"When you enter an auction, you leave disappointment outside the room as there isn't a straight forward strategy. We always have back up strategies. We are not disappointed. We are very happy with the players we have," she said.