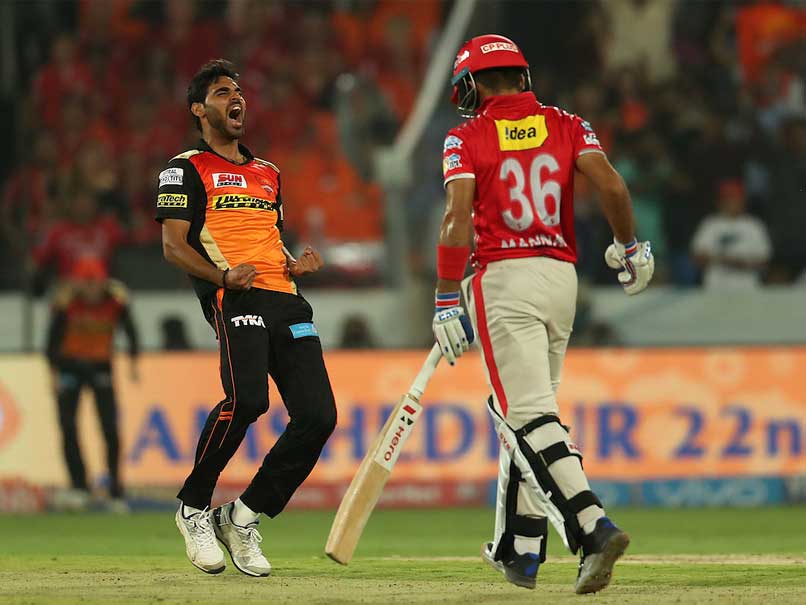 Sunrisers Hyderabad defeated Kings XI Punjab by five runs in an Indian Premier League (IPL) match on Monday. Sent into bat, Sunrisers Hyderabad scored 159 for six with skipper David Warner hitting 70 off 54 balls at the Rajiv Gandhi International Stadium. In reply, Punjab were staring at a defeat at 62 for five at the end of 10th over, but Manan Vohra (95 off 50 balls) brought the visitors within striking distance of pulling off an incredible win.

But Bhuvneshwar Kumar, who returned excellent figures of 5/19, had the last laugh as the seamer trapped Vohra in the penultimate over of the match.

Kings XI Punjab were eventually bowled out for 154 in 19.4 overs.

Comments
Topics mentioned in this article
Sunrisers Hyderabad Kings XI Punjab Manan Vohra David Warner Bhuvneshwar Kumar Rajiv Gandhi International Stadium, Hyderabad IPL 2017 Cricket
Get the latest updates on IND vs NZ 2021, check out the Schedule and Live Score . Like us on Facebook or follow us on Twitter for more sports updates. You can also download the NDTV Cricket app for Android or iOS.