Delhi Daredevils are currently placed at the fifth spot in 2016 Indian Premier League standings and will look to put up a good show against Rising Pune Supergiants, who've already been knocked out of the play-off race. 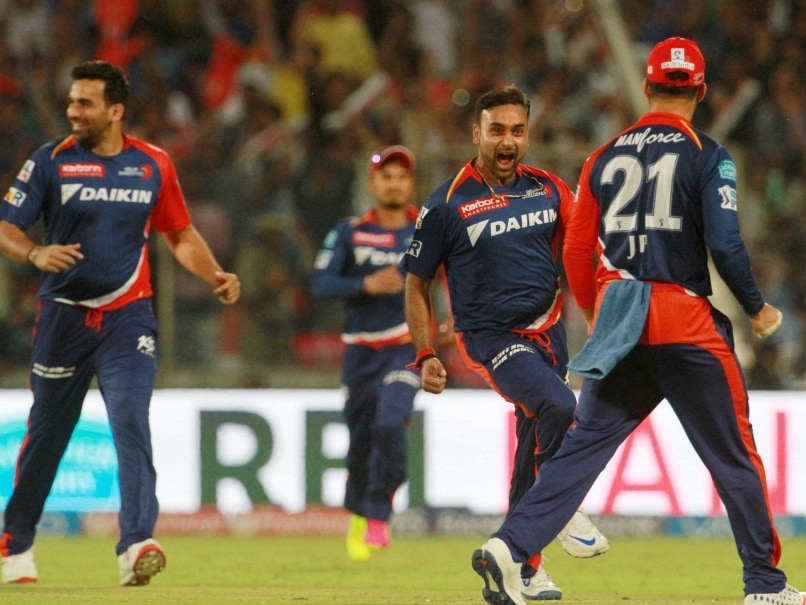 Delhi Daredevils will aim to put behind their massive 80-run loss to Mumbai Indians and put up a strong performance against MS Dhoni's Rising Pune Supergiants. © BCCI

After being thrashed by Mumbai IndiansÂ in their previous match,Â Delhi Daredevils will aim to roar back into the Indian Premier League (IPL) play-offs reckoning when they take on bottom-placed Rising Pune Supergiants on Tuesday.

Placed at the fifth spot with six wins from 11 matches, Daredevils will hope for some consistency in their remaining three league matches to book a place in the play-offs.

On the other hand, already ousted from the race to the play-offs, the Mahendra Singh Dhoni-led side Pune will aim to finish their debut season on a high after having managed to win just three matches out of 12.

Going into Tuesday's encounter at the VCA Stadium, the Zaheer Khan-led side will aim to put behind its huge 80-run loss to Rohit Sharma's team and hope the batsmen put up a strong performance.

Delhi's bowling is led by an impressive Zaheer who has nine wickets so far in the tournament. He will once again have to marshall his unit well along with Mohammed Shami and the duo of Morris and Brathwaite.

The team can also bank on the leg-spin duo of Amit Mishra and Imran Tahir, who have been impressive in the tournament so far along with left-armer Shahbaaz Nadeem.

On the other side, Pune will be aiming to finish their campaign on a winning note after a lacklustre debut in the cash-rich league.

Having lost their premier foreign recruits to injuries, the side will bank on a strong show from the ever-dependable Ajinkya Rahane and skipper Dhoni. Saurabh Tiwary and all-rounder Thisara Perera have been mostly inconsistent in their contributions.

The bowling will be led by off-spinner Ravichandran Ashwin, who has been a shadow of his impressive self in the tournament so far.

Leg-spinners Murugan Ashwin and Adam Zampa will once again be Dhoni's go-to bowlers along with the pace duo of Ashok Dinda and R.P. Singh.