IPL 7: Young Indians do Star-Turn but Will They Sustain Their Star Power?

There is only one thing tougher than playing excellent cricket in the Indian Premier League - maintaining that excellence and excelling in the international arena.

This was an Indian Premier League with a difference. The seventh edition of the glitzy T20 tournament saw the local Indian talent pull in more weight than the foreign stars, who were paid millions of dollars for their six-week services. Spinners, medium-pacers and batsmen, hitherto unknown but undoubtedly talented cricketers, found their footing in the richest domestic T20 bash in the world and some reaped bigger rewards than just prize money at the end of the June 1 final. 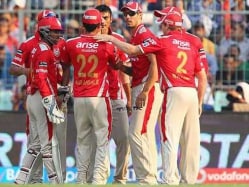 Akshar Patel, a 20-year-old batting all-rounder from Gujarat, made his first-class debut in 2012 but really only came into reckoning the following year. An IPL contract with the Mumbai Indians followed in 2013 but the left-arm spinner did not get a single game.

Cut to 2014 and Patel was the go-to-man for Kings XI Punjab skipper George Bailey, who used him as an out-and-out regular spinner. In a line-up packed with powerful batsmen, Patel's prowess with the willow was hardly needed but the youngster showed what he was worth, picking up 17 wickets from 17 games, giving away a miserly 6.13 runs-an-over. In a game designed to encourage big-hitting on flat pitches and shortened boundaries, Patel's performance stood out.

The national selectors liked what they saw. Patel was hard to score off and picked crucial wickets at key moments. And they decided he would travel to Bangladesh under Suresh Raina as a host of senior Indian cricketers were rested before a far more daunting tour of England next month. Would he have got the nod based merely on his Ranji performance? Twenty-four wickets from 20 List A games at an average of 30.62. That could be a matter of conjecture.

Another young Turk, Sandeep Sharma, who finished with 18 wickets, also for Kings XI Punjab, was not as lucky as Patel; perhaps because India are touring Bangladesh for a short ODI series and perhaps because Sharma being a medium-pacer would not have caught the fancy of the selection committee. But the 21-year-old from Patiala would certainly be in the reckoning somewhere. Not that he did not do well in his 19 first-class games, snaring 83 wickets, but had it not been for two good IPL seasons, both for KXIP, not many would have taken notice. (Sandeep Sharma Credits Sehwag for Success)

The Indian Premier League seems to have become the new stepping stone to the Indian dressing-room. Decent first-class performances backed up by a great season at the IPL have started to reward cricketers like never before. Of course not every star performer gets through to the national side but he is at least assured of a place in the talent pool, where the selectors are sure to look at some point in time.

Manish Pandey, the first Indian to score a hundred in the IPL back in 2009, raised the bar for most local cricketers. The hundred came in South Africa, where the tournament was played on bouncier pitches and that made the effort all the more special. The Karnataka batsman of course had to wait two more years to score his next half-century, in 2011 and scored one every year till 2014, when he nearly scored his second hundred as he steered Kolkata Knight Riders' successful chase against the Kings XI. (Manish Pandey, Kolkata's Knight in Shining Armour)

After his unbeaten 114, Pandey's IPL form took a dip but he continued to be a steady scorer in the first-class circuit. An impressive 4110 runs from 57 games at an average of 53.37 did not draw the same kind of adulation that a solitary hundred did five years ago. The 94 in Bangalore served as another reminder to his capabilities as a batsman.

Then there was Paul Valthaty, the man who lost precious years following an eye injury. He was part of the 2002 India U-19 World Cup with the likes of Irfan Pathan and Parthiv Patel but his career was going nowhere till a sensational hundred for Kings XI Punjab in 2011 shot him into prominence. That moment of fame was short-lived as the now 30-year-old has mostly faded away.

Several local talents over the years have come up with some outstanding performances in the IPL but they have failed to sustain them. 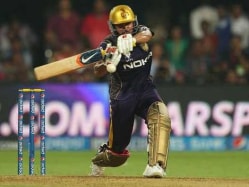 Remember Manpreet Gony? The tall pacer from Punjab, who found life to be a bed of roses after his first year in the IPL for the Chennai Super Kings? An India call-up followed but after two ODIs, one each against Hong Kong and Bangladesh in the 2008 Asia Cup, Gony was a forgotten chapter.

Hopefully Patel will use his opportunity better than some of the others, who have either made their way to the Indian side or somehow managed to get on the selectors' radar before falling behind in the race. The IPL has brought with it, a fair share of controversy, a huge platform for young Indians to show their worth. Suresh Raina has been among the pioneers - he was of course an established Indian cricketer by the time the IPL made its debut six years back, but as the only batsman to have constantly scored over 400 runs every season, the left-handed batsman from Uttar Pradesh has shown a generation of club and Ranji cricketers what it takes to survive.

Not considered good enough when India travelled to Bangladesh for the 2014 Asia Cup earlier this year, Raina is back leading the ODI side in the absence of MS Dhoni and Virat Kohli. The likes of Yusuf Pathan and Ravindra Jadeja would have had to slog it out in the domestic circuit for a few more years had it not been for their blistering performances in the early years of the IPL.

The seventh edition was lit up by Indian cricketers cutting across all teams. Robin Uthappa became the first Indian to win an Orange Cap and Patel bagged the Emerging Player of the Year award. But there have too many cricketers from India, who have wasted good platforms. Now with Uthappa recalled after a gap of six years and Patel possibly on the verge of earning his first India cap, here's hoping that they make it difficult for the selectors to overlook them from hereon.

The only way to do is to score runs and take wickets.