The Indian Super League has made a prosperous start in its first season. Former Italian World Cupper Allesandro Del Piero is the costliest player, getting almost two times the fee Mahendra Singh Dhoni commanded when Indian Premier League began in 2008! 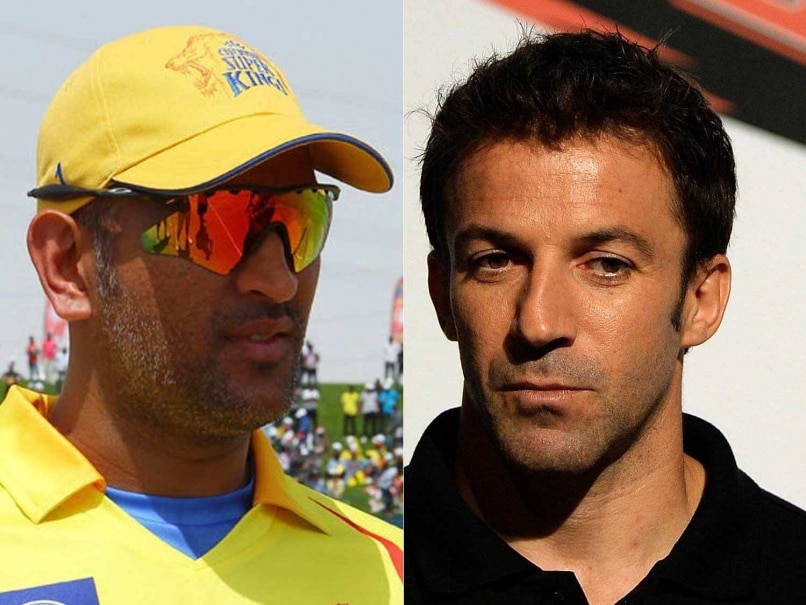 In its inaugural season, the Indian Super League football tournament has 'routed' the Indian Premier League in terms of fee paid to its marquee players. The IPL, a T20 tournament owned by the super-prosperous Board of Control for Cricket in India, is among the hottest properties in international sport, but the ISL has matched it in terms of riches.

Indian skipper Mahendra Singh Dhoni was the costliest player when IPL began in 2008. Chennai Super Kings paid a whopping USD 1.5 million (approximately Rs 6 crore) to rope in Dhoni for the first three years of the tournament. By contrast, Delhi Dynamos, one of the eight franchise-based ISL teams, have reportedly paid an astounding Rs 11 crore (USD 1.8 million) to secure the services of Italian striker Alessandro Del Piero, virtually in the final stages of a terrific international career.

A 2006 World Cup winner, Del Piero is getting almost double (the US Dollar has strengthened over the years) than what Dhoni received as a frontline international star six years ago. Del Piero, pushing 40, was the world's richest player in 2000. He was named by Pele among the world's 125 greatest living footballers. The fact that he scored close to 300 goals for Juventus was enough for Del Piero to command a hefty ISL pay cheque. (Del Piero ready for India stint)

Dhoni, who has won all ICC marquee events as India captain, of course is one of the highest paid IPL stars now. He was retained by Chennai Super Kings this season and could have received a maximum Rs 12.5 crore as fee. Dhoni is ranked fifth in a list of star athletes with a brand value of USD 20 million in 2014, slightly down from USD 21 million last year. But considering that Indian football is not known for its financial riches, it's raining cash on foreigners in the ISL. Indian players can earn anything between Rs 15 to 80 lakh.

Del Piero is not the only one earning crores. The controversial Frenchman Nicolas Anelka, still regarded highly by international clubs, is being paid Rs 5.4 crore by Mumbai City FC for a three-month contract and another French star, David Trezequet, well past his prime, is getting Rs 4.5 crore and five-star perks from Pune City FC.

Arsenal legends Robert Pires and Freddie Ljungberg are getting Rs 4.1 and 4 crore, respectively. Pires will play for Goa while Ljungberg will assist Mumbai. Both are part their prime. The ISL teams are probably paying for their lofty reputation.

Also in the 4-crore-plus bracket is Brazilian medio Elano. He was bought by Dhoni's team Chennaiyin FC for Rs 4.8 crore. Former Liverpool star Luis Garcia was roped in by Kolkata for 2.7 crore while Joan Capedevila, a former World Cup winner from Spain, was paid 2.25 crore by NorthEast United FC.

The top 10 highest paid footballers in ISL have probably earned more money than what the top 10 IPL players got in 2008. Has the money been well spent? Del Piero will be in action on Tuesday night while Anelka, serving a FIFA ban, is yet to play a match. The ISL is a long tournament and the players' worth will be revealed.

The tournament has already made a robust start. Fans have seen some stunning goals, rarely seen on Indian soccer fields. But these goals have been scored by the lesser known overseas stars. Season One should be an eye opener to the big-spending team owners. IPL also evolved over time with team owners learning how much to pay and to whom. In the long run, ability and skill always triumph over reputation. Football, a more physical sport, can be more ruthless than cricket.

Comments
Topics mentioned in this article
Indian Super League Alessandro Del Piero IPL 2014 MS Dhoni Football
Get the latest updates on IPL Auction 2023 and check out  IPL 2023 and Live Cricket Score. Like us on Facebook or follow us on Twitter for more sports updates. You can also download the NDTV Cricket app for Android or iOS.