England cricket legend Ian Botham wanted the Indian Premier League (IPL) to be scrapped as he felt it was "too powerful for the long-term good of the game and also claimed that the franchise-based league provides the "perfect opportunity for betting and therefore fixing" and "players are slaves to it". 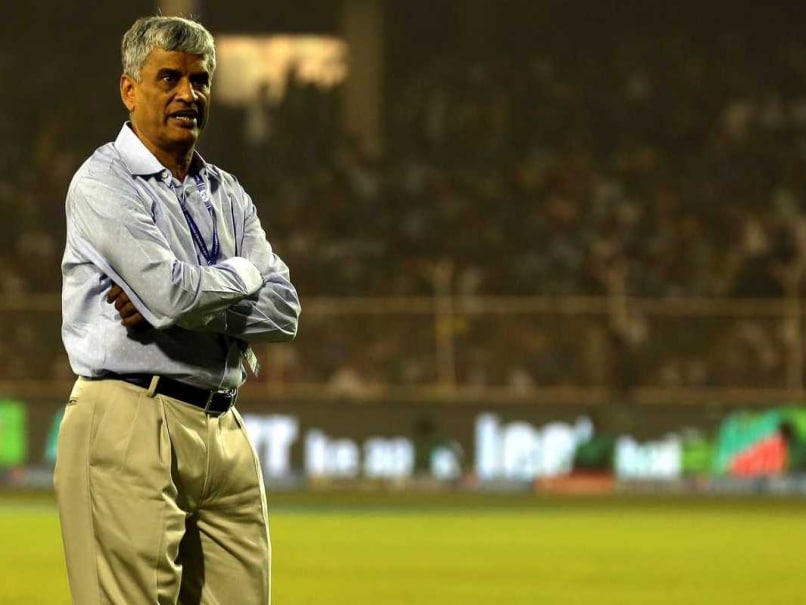 BCCI secretary Sanjay Patel said the Indian Board has distributed over ten million US dollars as compensation to the other cricket boards for allowing their players to play in the IPL© BCCI
Mumbai:

The Indian cricket Board on Friday rubbished former England great Ian Botham's criticism of the highly lucrative Indian Premier League, saying he had no locus standi, and advised him to first get his facts right before commenting on the Twenty20 League.

"Let him get his facts correct first. He has asked how the other boards have allowed IPL to happen. The BCCI has distributed over ten million US dollars as compensation to the other cricket boards for allowing their players to play in the IPL," fumed BCCI secretary Sanjay Patel, when asked for his reaction to Botham's statement made at the annual MCC Spirit of Cricket Cowdrey Lecture at Lord's in London on September 3.

"How on earth did the IPL own the best players in the world for two months a year and not pay a penny to the boards who brought these players into the game?" Botham had queried about the League that has revolutionised world cricket by offering players amounts of money undreamt of previously. (Also read: India can defend World Cup title, says Gavaskar)

Botham also wanted the IPL to be scrapped as he felt it was "too powerful for the long-term good of the game and also claimed that the franchise-based league provides the "perfect opportunity for betting and therefore fixing" and "players are slaves to it".

"I'm worried about the IPL. In fact, I fear it shouldn't be there at all. It is changing the priorities of world cricket," the 58-year-old former England captain and all rounder said in his lecture.

Talking to PTI, Patel wondered about the 'locus standi' of Botham to comment on IPL and gently reminded the former England player of his dalliance with disgraced Texas financier Allen Stanford who promised to set up an IPL-type T20 League, but then was put behind bars in USA for defrauding investors through a Ponzi scheme, putting an end to his T20 dream.

"I can still visualise the photo of Botham sitting in the front when Stanford went to England. And he has the temerity to talk about IPL. We don't want his advice. We have enough top players like Sunil Gavaskar, Ravi Shastri, Kapil Dev and Rahul Dravid to advice us," he remarked.

Meanwhile, Patel also said that it was premature to talk about former Test all rounder Shastri's services being requisitioned as the Indian team director during the World Cup in early 2015, following his successful stint in the same post in the ongoing ODI series in England which India have wrapped up after losing the Test series 1-3 to the same opponents. (Also read: Rahane credits Shastri for century against England)

"It's premature to talk about this. Let this ODI series be over first. He was very gracious to accede to the BCCI's request when we approached him after the Test series. He said he was always there for India and Indian cricket and accepted it without any preconditions. We will certainly compensate him for whatever he has lost by way of not fulfilling his contract as a TV commentator and media columnist," Patel informed.

He also reiterated that the ruling group's supporters would be meeting in an "informal" manner in Chennai on September 7 to take stock of the situation in the BCCI.

The Board's AGM is due by the end of this month but there are already speculations that it may be postponed as the accounts have not been passed by the working committee before they are tabled.

The BCCI's Finance Committee, headed by Dr G Gangaraju, is yet to meet and a clearer picture is likely to emerge post the meeting in two days' time in Chennai.

Patel said that Goa Cricket Association did not receive any state funds from the government for its activities, when asked about the threatened derecognition by the state government if incumbent president Vinod Phadke does not step down from his post for his part in the alleged 2001 fake ticket scam.

"The GCA does not get any financial support from the state government," quipped Patel when asked about this controversy.

The GCA managing committee, which met on September 3, had resolved that Phadke should step down to save the body from being de-recognised by the state government. The government had warned of de-recognition after GCA failed to implement the recommendation of Justice Pendse Commission, investigating the 2001 India-Australia 'Ticketgate' at Nehru Stadium, Fatorda, where chaos prevailed during the match when bogus tickets were sold to cricket fans.

Phadke has defiantly claimed he will stick to his post and that he has the backing of the BCCI.

"There is no question of me stepping down. I have informed the BCCI about the show-cause notice issued by the state government. The BCCI is firmly behind me. I will be meeting the Board officials within a week over the issue," Phadke told PTI on Thursday.

Comments
Topics mentioned in this article
Ian Terrence Botham BCCI IPL 2014 Cricket
Get the latest updates on IPL Auction 2023 and check out  IPL 2023 and Live Cricket Score. Like us on Facebook or follow us on Twitter for more sports updates. You can also download the NDTV Cricket app for Android or iOS.