Virat Kohli imitated Kesrick Williams' "notebook" celebration after hitting him for a six in Hyderabad. 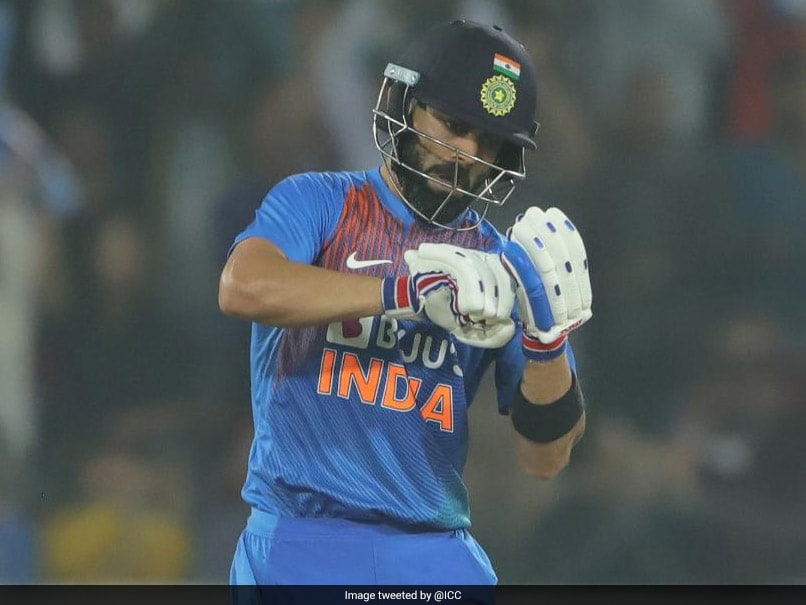 Virat Kohli scored 94 not out as India pulled off their highest successful run chase in T20Is.© Twitter

West Indies captain Kieron Pollard lauded his batsmen for putting up a good show but came down hard on the bowlers for failing to defend 200-plus score against India in the first T20 International of the three-match series in Hyderabad. West Indies posted a challenging 207 for 5 but Virat Kohli stamped his authority with a career-best 94 not out as India pulled off their highest successful run chase in a T20 International, overhauling the target in 18.4 overs. India, thus, took a 1-0 lead in the three-match series.

"I think we batted pretty well. We scored above 200 runs which more often than not you take that. But discipline in bowling and execution let us down tonight," Pollard said at the post-match press conference on Friday night.

"We gave 23 extras, 14 or 15 of those wide deliveries, so when you look at that, those were extra balls and extra overs. When you give a class team like India these many extra deliveries, you are destined for trouble.

"No balls are something we stress on in terms of non-negotiable and we bowled a couple of them tonight. It's something we need to look on."

However, instead of dwelling on the negatives, Pollard preferred to look at the positives that came out of the match.

"You can find negatives out of every situation but life is about positivity, life is about going forward and looking to improve. I must commend the batters the way they went out and executed," he said.

"I don't think dew played much of a part. Obviously, it was a good batting track. That's what the fans want to see, they want runs, they want sixes and they got that. It's just a matter of execution. But it's a long series and it's a matter of looking at the positives and improve our game.

"(Shimron) Hetmyer getting back into runs, Brandon King scoring some runs, so it's exciting times for us. You won't get everything right overnight but it is a work in progress and I am a pretty contended captain."

"It is what it is, some things you can't control. I can't control what they do or what rules they bring into cricket. So to me that's not a bother and I am not going to fuss about fight over that," the West Indies captain said about the ICC's new rule.

"We need to control what's in our hands and that's playing cricket. We need to keep our foot behind the line, if we do that the umpire upstairs won't come into play."

On way to his unbeaten 94, Kohli hit six fours and as many sixes from the 50 balls that he faced. After hitting Kesrick Williams for a six in the 16th over, a fired up Indian captain also used his bat as an imaginary notebook to "tick" the bowler's name off.

Asked about Kohli's gesture, Pollard said: "He is an animated character, a great batsman and he continues to show the world that he is a world class batsman.

"His theatrics or whatever, it comes as part and parcel of the game. Sometimes you have to be like that to pump yourself to score runs and so I am fine with it."

The second game will be played in Thiruvananthapuram on Sunday.

Kieron Pollard India vs West Indies 2019/20 Cricket India vs West Indies, 1st T20I
Get the latest updates on ICC T20 Worldcup 2022 and CWG 2022 check out the Schedule, Live Score and Medals Tally. Like us on Facebook or follow us on Twitter for more sports updates. You can also download the NDTV Cricket app for Android or iOS.