Virat Kohli entered the top 10 in the ICC Rankings for T20I batsmen, while Kl Rahul moved to the sixth spot. 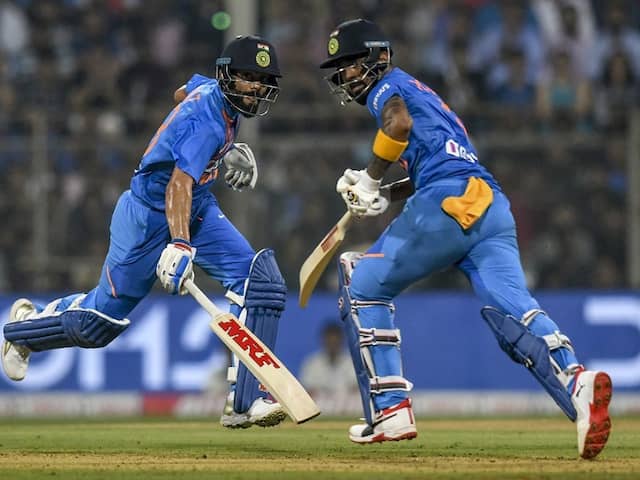 Both Virat Kohli and KL Rahul scored half-centuries in the first and third T20Is against West Indies.© AFP

India skipper Virat Kohli and KL Rahul, who starred with the bat in the just-concluded T20I series against West Indies which the hosts won 2-1, have moved upwards in the ICC Rankings for batsmen. In the latest rankings released on Thursday, Rahul has jumped by three spots to number six while Kohli has made a jump of five spots to enter the top 10. Rahul slammed 91 off 56 deliveries and was adjudged Man of the Match in the third T20I which India won by 67 runs at the Wankhede. He scored 164 runs in the three matches against the West Indies.

Meanwhile, Kohli amassed 183 runs against the West Indies and was declared the Player of the Series.

However, Rohit has moved down by a spot and is now placed at the ninth spot in the ICC Rankings. The 32-year-old, who is the first Indian to hit 400 sixes in international cricket, scored 94 runs in the three T20Is against Kieron Pollard's men.

Both Rohit and Kohli are leading run-scorers in T20Is, currently tied at 2,633 runs each.