Bharat Arun said that Shivam Dube will become a good all-rounder as he gains in confidence. 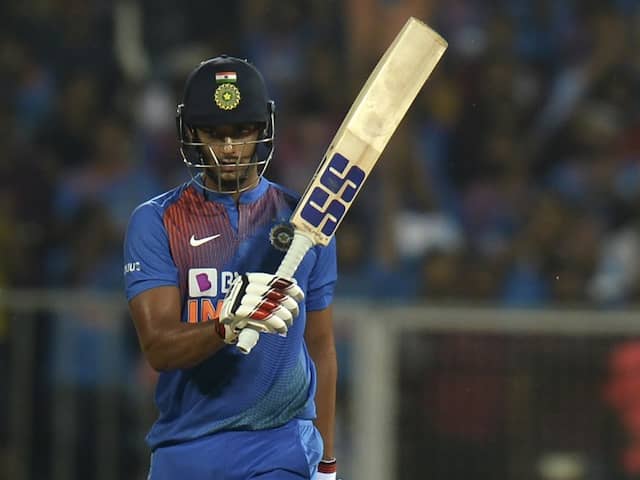 India bowling coach Bharat Arun strongly feels that Shivam Dube has all the ingredients to become a good all-rounder at the international level as he keeps gaining confidence with every international game that he plays. Dube came into the limelight with his big-hitting prowess during an innings of 54 in 30 balls during the second T20 International against West Indies in Thiruvananthapuram. He hit four sixes in that innings apart from a good show with the ball in an earlier series against Bangladesh.

"He (Dube) is an exciting prospect and I think he is gaining in confidence from every game. Even you if look at the way he came back the way after he bowled the first over (in Mumbai) against West Indies, I think that was creditable. For Virat (Kohi), to show faith in him after the first over and also for him to bowl a good spell after that...

"And I think he is an exciting talent for us. As he gains in confidence, he will become a good all-rounder," Arun told reporters ahead of the first ODI against West Indies in Chennai on Sunday.

He was all praise for seamer Deepak Chahar, who has done well in the recent T20 games. The Indian bowling coach said he has got everything in him to do well consistently at the international level.

"Deepak has been exceptional even in the IPL. He is someone who can move the ball both ways. He is also a very skillful bowler, bowling slow bouncers, yorkers, I think with so much skill on hand... let me put it this way, he has got everything in him to do well at the international level," he added.

Wrist spinners Kuldeep Yadav and Yuzvendra Chahal haven't featured together in recent games unlike the last two years in the lead up to the World Cup.

"See, we were looking at an ideal combination which lends absolute balance to the team. Also there was an option to use Ravindra Jadeja as an all-rounder. That really helped us. There may be occasions when there may be conducive conditions where both can be used. We have to look at overall balance of the team," he added.

Looking ahead to the first ODI against the West Indies boasting of aggressive batsmen, asked if the India bowlers can tame the rival batsmen, he said when their batsmen come after you there is always a chance.

"Definitely, I think yes. The last two out of three games we have won, the bowling also has done pretty well. I am sure we have the bowling to restrict them, but saying that West Indies are an extremely competitive side. But when their batsmen come after you, you also have a chance against them," he added.

Arun said that the team was not overtly worried about the dew factor.

About the fitness status of paceman Bhuvneshwar Kumar, he said the physios are taking a call and they would be giving a press release later in the evening after the assessment.

About the Indians having a number of quality fast bowlers presently, Arun said it augurs well but it would be horses for courses policy.

On not playing right-arm off-spinners more in the ODIs, he said: "As it is, if you look at Jadeja, you have a readymade all-rounder for us. Jadeja, after the World Cup, he has been exceptional for us. He bowls well, bats well and is the best fielder in the world. He adds a lot of dimension for us.

The question was in reference to local lad Washington Sundar, who is not a part of the ODI side.

"I am sure Washington in due course will stake his claim for the ODI team. Every time he is given an opportunity he has done well with the ball. I can that tell you he is more than a capable bat. Every time he has got an opportunity he has played a cameo. I am sure in the future he would be somebody who you would be considering for the one-day scenario as well," he added.

Comments
Topics mentioned in this article
India vs West Indies 2019/20 Shivam Dube Cricket
Get the latest Cricket news, check out the India cricket schedule, Cricket live score . Like us on Facebook or follow us on Twitter for more sports updates. You can also download the NDTV Cricket app for Android or iOS.